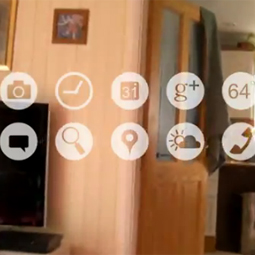 Many commentators have been impressed by the new Google Glasses. They have gone on record as saying that Facebook and Apple should be worried about the potential of this potential game-changing technology.

Sure. This could indeed be a world-changing technological advancement. Although, I’m pretty sure Arnold Schwarzenegger, as The Terminator, had a visual read-out. Should we all be aspiring to have the same world view as a killing machine sent from the future?

I don’t know if you agree, but don’t you think our attention spans are already pretty short? At the risk of sounding really old, a few years ago it was considered to be impolite by others present, to watch television and use your laptop at the same time. Now, it’s a faux pas to update Facebook from your phone over dinner. Although, some people appear to be highly tolerant of others who do this.

Now, we have Google Glasses. This technology aims to bring all the glory of the internet into our direct line of site. All of the time. It will allow you to answer calls, check the weather forecast, do research on the fly and add people to Google+. (This is how we know it’s all still a Google fantasy!) All this, while you go about your everyday life.

Google Glasses aren’t yet for sale. However, the technology to create them does exist. Hard core, military divers have been able to get wireless, data-integrated masks for some time. Having to look down at your dive computer during missions is, apparently, too much of a distraction.

Which brings me back to attention spans, and being easily distracted. The first video is the Google version of the wonders of Google Glasses. The second video is a more realistic, albeit cheeky, view of life wearing Google Goggles.

Check out the official video and the parody below.