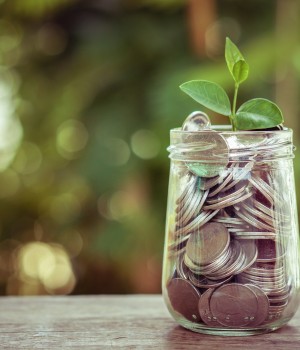 An interesting anomaly about government funding is that, on the one hand it is such an attractive source of cash, but on the other hand the majority of eligible companies either don’t know it exists or don’t know how to access it.

If I were to simplify government grants I would explain them in two points; the first being Innovation and the second being assistance for bringing foreign revenue to Australia.

The benefit involved in attaining government funding can be quite large and at times could amount to between 40 and 50 per cent of funds spent in innovation or marketing to foreign markets.

The beginning of assessing innovation is quite simple. Ask yourself the following question, are you doing something different that you believe your competitors aren’t doing and that is new in the space?

If the answer to that question is yes then the next step would be to consider the three basic principles of innovation grants: new Knowledge, experimentation and uncertainty.

These three principles all flow into each other. Let me explain them using actual case studies.

A large technology and integration company (SolarCapture Technologies Pty Ltd) decided to implement a strategy that would diversify its customer base and product range.

It identified, through preliminary research, that there was a major gap in the market for providing a smart energy management and forecasting tool.

A software company (Innovation Pty Ltd) had an idea to assess the food levels in a person’s fridge. Through the use of different cameras installed into a fridge, the homeowner is notified when certain food stocks in their fridge become depleted.

Some web searches were done and the result was that there seems to not be an off the shelf product available in the world that solves this problem.

This development process required experimentation, including physical and virtual environment testing and systematic experiments. Following many failed and partially failed tests, the company succeeded in developing a final operating product.

Innovation Pty Ltd put some of their developers on the project. The developers looked at many different methods of getting the product to work optimally. Mistakes were made along the way and valuable lessons were learned in order to arrive at a final operating product.

SolarCapture and Innovation Pty Ltd didn’t have certainty at the outset that these new projects were going to work. They did believe that each would be a success but the final products were achieved through much trial and error.

These final products are the items that filled the initial gap and are now the new knowledge that each company has brought to the world.

The main innovation grant available in Australia is the R&D Tax Incentive and can be applied to all industries should the project be eligible. The benefit of eligibility allows companies to claim a 45 to 50 per cent tax rebate on all expenditure relating to R&D.

This avenue is simpler to explain than that of innovation grants. There is funding available for exporters who are spending money on marketing their products to foreign markets.

Once again, there are three basic principles; the first being an Australian product, the second being that revenue flows to Australia and the third being that marketing expenses are recognised in Australia.

The revenue gained from the Australian products being marketed abroad needs to be recognised in the Australian entity. An entity need not have actual revenue in the first two years of applying for this grant.

Expenditure spent on marketing to foreign markets needs to be recognised in the Australian entity.

These expenses could include staff and consultants employed in the foreign country, flights, conferences attended, google and facebook advertising, websites targeted overseas, trademarks and patents, pamphlets and flyers made and free samples being given to enter a market.

The incentive described above is known as EMDG (Export Market Development Grant). EMDG offer up to a 50 per cent grant on the expenses described above.

Statistics show that about 70 per cent of eligible Australian companies either are unaware that they are eligible or simply don’t know how to go about accessing the funding available. It’s best that you consider the principles explained above and enquire as to a possible benefit and eligibility.

Lior Stein is currently working within the Corporate Advisory and Venture Capital landscape as a Director of Rimon Advisory. 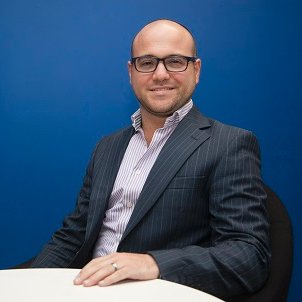