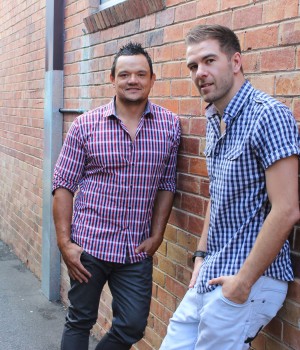 Brisbane-based Brus Media has been marketing apps for more than three years now and has worked with an impressive portfolio of brands including Game of War, Amazon, Domain and Expedia.

“We are a mobile app marketing agency focused on performance-based advertising for Android and iOS apps,” directors Nic Blair and Shon Siemonek (pictured) told us.

“Our specialty is in cost-per-install campaigns, which means an advertiser only pays once a user installs their app. We work with advertisers and publishers to deliver campaigns throughout the world.”

Nic and Shon have collaborated on several projects, all digital, since meeting in 2008.

Shon has a technical background, having been a developer for the last 10 years, working on a number of web and app projects of his own prior to co-founding Brus Media with Nic.

Adjusting the sails to match the wind

Shon had built a Facebook app that Nic later partnered with him on, which sold advertising to other Facebook apps on a cost-per-install basis. It was from this that they identified the opportunity to move beyond a single app and start their own advertising network.

Upon launching however, they realised that Facebook app usage was tanking, and transitioned within just a couple of months to be a completely mobile-focused company.

Identifying the trend and demand from existing advertisers who were looking to grow their mobile apps, they have maintained this focus ever since.

The duo attributes the success of their start-up to their ability to shift with the industry trend. “The global market (still) has a high demand for mobile user acquisition with the continual growth in smartphone adoption,” they explained.

“Our cost-per-install model allows us to drive campaigns for advertisers around the world on a basis that delivers guaranteed results, unlike other advertising methods such as display or cost-per-click.”

Brus Media has also already made its mark on the global app marketing scene, delivering over 300,000 installs per month and running advertiser campaigns targeting over 40 countries at any time.

These results have allowed the team to consider expanding their operations to include an office in Los Angeles, where they hope to take on the highly competitive American market.

Australia is still lagging though

Nic and Shon also noted that Australian companies were yet to realise the full potential of mobile app marketing and the influence it can have.

“The digital marketing industry in Australia hasn’t reached the maturity that mobile app marketing has in the rest of the world, but it is definitely about to grow significantly and we are seeing this shift already here,” they told Anthill.

“First of all, the rate of mobile adoption and the growth in that area should be enough to suggest that it’s only going to grow bigger and an area that Aussie businesses should be investing in.

“We receive such high demand from international companies targeting Australian users, that Australian companies are already missing out on their own market.

“Secondly, one of the main reasons I recommend the push into mobile, is that there are only really a few channels which you own – email database, website visitors, mobile app users.

“Advertisers have put large investments into areas such as Facebook, only to have the algorithms change on that platform overnight and the reach (for visitors you paid for) diminish.

“A good marketing mix should still contain multiple channels, but mobile is definitely one of the best investments at this point. For those who get it right, it’s also very profitable!