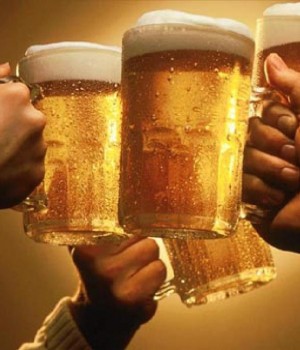 Did you know that we are drinking less beer?

Yes, it is totally true! Back in 2003, the average Australian consumed 110 litres of the golden brew.

This fall in consumption of beer over the past decade has forced our local beer manufacturers, pubs, bars and nightclubs to adopt certain changes to survive.

Why do we drink less beer these days?

Australia’s love affair with fine dining is brewing a new fascination with wine and champagne which have become increasingly popular with diners at the expense of beer.

Furthermore, government attempts to curb alcohol consumption have seen many swap bar stools for couches and more alcohol consumed at home rather than the local watering hole.

This trend has obviously taken quite a blow at the bottom lines of many pubs and bars.

It worth clarifying however, that this fall in beer consumption mostly reflects the declining popularity of traditional mid- and full-strength beers like VB and Carlton Draught.

Now more than ever, we are importing and drinking more craft beers such as Moo Brew and Mountain Goat, and premium beers such as Belgian Stella Artois and Italian Peroni.

When the going gets tough, the tough get going

These changing tastes have in turn sparked off changes within the pubs, bars and nightclubs industry, an industry that was traditionally dominated by a beer culture.

Consequently, as consumers move away from beer towards fine dining and other alcoholic beverages, pubs and bars have had to keep up with the times and reinvent themselves by providing dining and becoming increasingly family friendly.

The changes have come at a great cost though, with pubs and bars having to deal with higher overheads and inevitably compete for customers with restaurants and cafes.

The stigma left behind by a tradition of beer drinking has restricted the appeal of pubs and bars to certain consumer groups, with many preferring to wine and dine in restaurants.

Overall, this decline in beer consumption has cast a dizzy spell for many operators.

However, the big boys are adopting new strategies. For example, large beer manufacturers are acquiring smaller craft breweries to cash in on sales from craft beer which is in vogue.

Owners of multiple pubs and bars, Woolworths and Coles are expanding the market for bottle shop sales by attaching them to pubs to complement declining alcohol sales.

At the end of the day though, all these new initiatives can only provide temporary relief for those involved, as beer continues to decline as the national alcoholic beverage of choice.