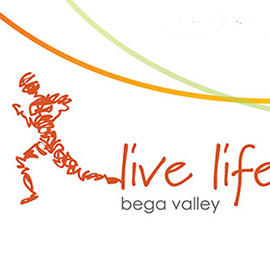 Think of CoWS, a digital co-working space that opened last month, as a small step for the Bega Valley entrepreneur community and, probably, a giant leap for seachangers.

The hub at 209 Carp St. in Bega is suitably small – accommodating just 14 and costing as little as $10 a day for the casual user to $110 per month for unlimited use – with room, and hopes, for growth. Truly, its larger significance is as a potential harbinger of an alternative entrepreneurial and lifestyle choice.

“Over the last century in this region we have been blessed with many industry trailblazers in the agri-business and tourism sectors, but up until three or four years ago, there was little consideration of the tech sector or digital economy. Things are, however, changing,” Liam O’Duibhir, coordinator of CoWS, told Anthill in an interview.

A clutch of start-ups under its belt already

Among startups that have already emerged from the region, are BillyCNC, a distributor of 3D printer; NextPlace, a “feisty challenger” to the dominance of RealEstate.com.au and Domain.com.au in real estate listings; and Phonic Path, which develops audio tours for tourists. O’Duibhir points out several more smaller entrepreneurial efforts, notably in developing mobile apps and WordPress plug-ins.

“So from a standing start, in a short space of time, the community is starting to flex a little muscle, and this is encouraging to others in the region, and those who may join us in the near future,” O’Duibhir said. “We are also inspired by the phenomenal success enjoyed by Jane Cay and the Bird’s Nest team in nearby Cooma (less than 2 hours from the coast) – this sets an illuminating precedence for what can be achieved in regional Australia in the Digital Economy.”

Still, CoWS faces enormous challenges in its quest to establish a viable entrepreneurial ecosystem in the middle of nowhere, in a manner of speaking.

It is not covered by the National Broadband Network rollout, lacks a university, and has only a limited culture of entrepreneurship and innovation.

“But, what we do have is determined people who are motivated by the possibilities,” asserted O’Duibhir. “We also have one other major factor in our favour – we believe the lifestyle dividend the area offers to skilled seachangers is a real deal-clincher.”

To ease the obvious challenges, CoWS is partnering with similar-minded groups in order to broaden its reach, and tap synergies.

One such group is the Mat-Sci-Tec Forum to “inspire school-age and older kids in the region to have a passion.” Mat-Sci-Tec is planned as a monthly club get-together at CoWS of students, teachers and industry mentors to work on tech hobby projects “just for the fun of it.”

According to O’Duibhir, candidate projects at the forum include quadcopter development, mobile game apps built using Corona SDK, 3D printing and, the basics of robotics.

The Bega Valley venture also boasts of a working relationship with Rory Ford’s Entry29 Co-Working Space in Acton, Canberra. The two groups plan to work closely to cross-promote each other’s activities, share knowledge on best co-working space practices, and increase the people connections between both centres.

“Entry 29 is the natural ‘landing point’ for people from the coast interested in tech and the startup scene travelling to Canberra. This is very important, because one of the key strategies for economic development for our region as a whole is to increase business and cultural links with the ACT,” said O’Duibhir.

“It is also becoming abundantly clear that the majority of the skilled seachangers who will play a role in the future growth of our tech sector on the Sapphire Coast will most likely emanate from Canberra,” he added.

A third partner for CoWS is IntoIT, a network of technologists, professionals, entrepreneurs and businessmen in the region. Among other things, IntoIT runs a StartUp Camp, now in it’s third year. This year’s event is to be held in Merimbula on 21-22 March.