It was originally developed to measure wind-shear at airports for aircraft to safely land and take-off.  Which, you have to admit, is rather important.

Then, CRC CARE the CRC for Contamination Assessment and Remediation of the Environment, built algorithms with which it used the Doppler lidar, or laser radar, to analyse pollution plumes in the atmosphere. It has since been used to help reduce dust and other forms of air contamination, especially in mines and shiploading.

The smart Australian laser technology, initially acquired by CRC CARE, is now poised to play a big role in the design of potentially the world’s largest wind farm in a far corner of Kenya — a project that can lift many millions out of poverty by igniting industrial development and generating jobs.

In the first stage, the wind farm at Lake Turkana in northern Kenya will have 365 turbines producing 300 megawatts of power, possibly growing to as much as 2,000 MW in future.

“We have been collaborating with scientists at Arizona State University to extend the laser radar technology to wind energy applications” he added.

The $775 million Lake Turkana Wind Power Project, covering 40,000 acres (162 square kilometres), is being built by an international consortium led by Dutch firm KP&P Africa. It is the largest single development project in Kenya’s history. Construction is due to begin in June, and energy generation in 2014.

The Lake Turkana region is very hot, dry and windy, just like parts of Australia, says Sutton. The jet stream is channelled between two mountain ranges and blows at a steady average of 11 metres a second, day and night. The challenge is to design and position the windmills in order to optimise power generation.

“The project needs detailed models and maps of the wind flow over this complex terrain, to design the farm and place the turbines in the best locations,” said Sutton, whose team used a pulsed coherent Doppler lidar “wind tracer” to scan and measure wind vectors by bouncing light off wind-borne dust particles, over an area of up to 400 square kilometres.

“Our technology was able to measure the wind field at points every 100 metres across the entire landscape every 10 minutes with precision. The results were used to validate the models being used to design the wind farm,” said Sutton.

Professor Ravi Naidu, CRC CARE’s managing director, cited the novel application of the lidar in East Africa as an example of how clean Australian technology can make a difference to the lives of millions around the world.

“This is an important new use of a technology which we have invested in, because it will enable several developing countries to achieve much faster growth while sidestepping the traditional polluting phase of industrial development,” he said. “This is truly clean development and is in keeping with our philosophy that it is better to prevent contamination in the first place than to clean it up afterwards.”

Naidu said CRC CARE was working on a number of other technologies for clean water and energy, in partnership with institutions in countries such as India and China as well as organisations in Australia that could bring “profound benefit both to Australians and to millions in the developing world.” 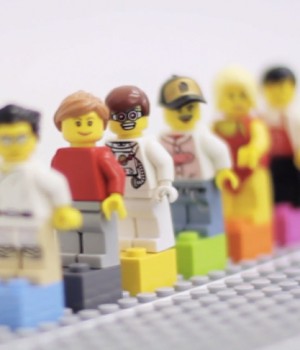