Breakthroughs achieved by the Bitcoin Lightning Network in 2021.
Thursday, January 27, 2022 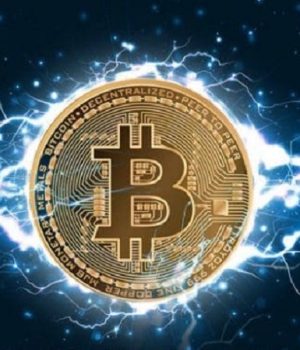 Adoption was slow at first but in the more recent years, cryptocurrencies have quickly become the beacon of a modern culture progressing towards a total digital future.

At the moment, cryptocurrencies are being used in places as socially far apart as high-stakes betting casinos in Las Vegas, to lowly chicken farms in rural Central America.

Despite the unpredictable nature of Bitcoin’s value, entire industries and governments are currently making new, bolder and broader moves to integrate Bitcoin into daily business.

As of September 1st 2021, El Salvador became the first country in the whole world to officially adopt and recognize the digital Bitcoin cryptocurrency as legal tender.

For all its popularity and promise, Bitcoin still faces the same one major critique it has had since it’s conception. The speed of the block-chain network on which it runs.

Whereas it was designed to offer and ensure optimum security and privacy, the one-layer technology of the block-chain platform handles billions of daily transactions.

Sadly, it is by the same design that such on-chain transactions are slow and costly to use.

Currently, the block-chain handles only 7 Bitcoin transactions per second. VISA, by comparison, handles averagely 65,000 transactions in the same time frame.

Such scaling limitations explain why Bitcoin has largely remained an investment vehicle.

Its now a place for ‘bitcoiners’ to merely store digital gold to accrue value, rather than use the currency for regular day-to-day transactions in mainstream markets.

Through the digital storm, there has blasted off an answer in The Lightning Network!

What is the Lightning Network?

The Lightning Network (LN) is a second layer protocol technology, designed to use micropayment channels to de-congest the bitcoin blockchain and reduce associated fees.

LN settles transactions away from the main blockchain through a network of user-hosted channels and nodes, thus making them off-chain transactions.

These transactions are faster, less costly and more readily confirmed.

LN’s off-chain functionality provides for exchanges like atomic swaps between cryptocurrencies without using an intermediary, such as cryptocurrency exchanges.

How does Lightning Network operate?

As the saying goes, only a well-oiled machine runs smoothly.

From the increased popularity of the Bitcoin cryptocurrency in recent years came increased seed fund support for Lightning Labs, the company behind the genius of LN.

Lightning Labs and their developers have since hastened their efforts and have altogether made some of the most incredible breakthroughs in the Bitcoin technology.

On the Lightning Network, transactions do not need to be validated by all blockchain participants and therefore this facilitates transactions to happen instantaneously.

The network achieves a standard of bi-directional trust between two transacting peers.

The Lightning Network achieves this milestone through an off-chain multi-channel payment system that favors transactions and costs significantly less.

Blockchain smart contracts help to facilitate enforcement of security without having to create on-blockchain transactions for individual payments.

This makes the Lightning network capable of millions to billions of transactions per second, while maintaining the promised security and trust of base layer Bitcoin.

Lightning Network is open-source to open the world.

The open-source nature of the Lightning Network technology is of great significance and should be credited for the incredible growth rate of the network.

Developers outside Lightning Labs can build for crypto based-systems on top of the 2-layer technology and continue to add value to the larger and growing payment ecosystem.

In addition, each new layer built on top of Bitcoin and Bitcoin LN makes the first layer more valuable and improves network effects of the parent or previous layer.

With such innovation from third parties and developers, the network has expanded to the bear market and the bull market, both of which have seen record high coin value.

Lightning Network is growing bigger than before.

For every new first-time user on the network, the network grows a new active node.

In 2021, LN surpassed 25,000 active nodes which, for an open-network like LN, implies that the network is growing stronger with more users and more channels.

In essence, a node represents a single user on the network who has set up a computer to interact and exchange currency with other nodes or computers on the same network.

The Lightning Network already has and can sustain more than 25,000 nodes actively exchanging digital currency tokens without any major interferance to the core technology.

Lightning Network is boasting of an 8% activity node growth rate as of August 2021 with industry experts predicting an even higher growth rate at the close of the year.

The scalability opportunities promised for the crypto industry makes the LN platform the fast-rising tide that is lifting all the boats in the cryptocurrency sea.

LN aims to ease multi-app wallet exchanges from dedicated users across different apps built on the same LN support. The transactions times only get faster by effect.

As a fast-rising tide, the Lightning Network is indeed embedded in the world of Bitcoin.

History may not recognize its significance but digital historians will not miss mentioning the epic events that the LN has caused in exponential effect in 2021 alone.

Continuing with the rolling tide of the latest epic lightning events, Twitter officially rolled out a bitcoin tipping feature that had been rumored to be in the works.

Initially exclusive for iOS, the feature enables users to tip creators on Twitter through third-parties like CashApp, which is operated by Square and founded by Jack Dorsey.

Like many others third-party app builders, he is putting his money where his mouth is.

The Twitter CEO is mentioned by Bitcoin news outlets for having made a statement in June 2021 that in practice, a Bitcoin future is no longer a matter of ‘if,’ but of ‘when.’

Clearly, the Lightning Network is facilitating the Bitcoin platform in blazing the ground breaking path to that global cryptocurrency future for everyone.

Gerald Ainomugisha is a freelance Content Solutions Provider (CSP) offering both content and copy writing services for businesses of all kinds, especially in the niches of management, marketing and technology.