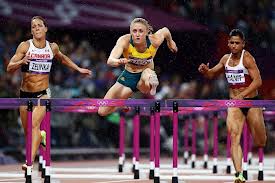 Are you one of the millions of Australian ‘suits’ stuck in a mundane 9-5 office routine? Are you the corporate employee looking for a way out other than climbing up the ladder? Australia is home to many like you whose fear of taking a gamble on their day job is holding them back.

However, you should know that there are more key obstacles that need to be overcome by every entrepreneur in order to start a successful business.

Many would-be entrepreneurs are held back by the fear of failure, and yet every successful entrepreneur has to learn how to handle failure. They actually embrace failure as a learning experience. You too can achieve this mindset by learning to view everything as an experiment.

2. Lack of a good business idea

Some either have no idea at all, or have dozens of ideas but do not know which idea is worth pursuing. Instead of looking for an idea, look for problems that people need to get solved.

Also, don’t get stuck on the idea, it’s just a starting point. You might end up doing something completely different from what you started with. Instagram started as an online check-in tool, but look where it is now.

3. Failure to find the right co-founder

Finding a co-founder is in a lot of ways similar to getting married, if you get it wrong you will probably end up losing your house and half your worldly assets! It is admittedly a very scary part of starting a business, and probably the reason why so many people end up being solo-founders.

Some over-estimate the cost and give up because it seems unreachable, or under-estimate and end up not having enough to finish what they started. So, first talk to someone more experienced, so that you know exactly what you are jumping into.

5. Diving in with unrefined ideas

Many would-be entrepreneurs spend hours writing thick business plans which are complete works of fiction. Then when they try to execute on this literary work of genius called a business plan, their plans fall over and their hard-earned cash invested in this fairytale goes up in smoke.

Stewart Bell is a Managing Partner at Corporate to Freedom, which encourages high-potential employees to explore the possibilities of entrepreneurship before quitting their day job.