Australia’s Champagne Dame sets her sights on $1.5 million to expand with her online business Emperor Champagne globally -
Monday, May 25, 2020

story started in Paris in 2005 when she moved to France to immerse herself in the world of Champagne.

Commencing her career as an ambassador for the Louis Vuitton Moet Hennessy empire where she everything there is to know about champagne, she soon wanted to expand her business and launched her consulting practice under the Champagne Dame moniker.

Identifying a major gap in the Australian market for a dedicated champagne retailer, Kyla subsequently launched Emperor Champagne in 2017 which is now worth $8.9 million and has a database of over 38,000
champagne lovers.

Where does the brand stand in the market?

Emperor is Australia’s leading dedicated online e-commerce store for champagne in a market that is worth over $588 million and which has grown at an average of 11 year on year over the past five years.

A well-known identity and voice in the champagne industry, Emperor Champagne Founder Kyla Kirkpatrick identifies the Australian champagne market as one of the fastest growing in the world.

The successful launch of Emperor Champagne in 2017 proves this, generating over $200,000 in sales in the first seven weeks earning it a place in the top 7 per cent of online businesses launched in 2017 according to Shopify.

Projected sales for the 2018/2019 financial year are just shy of $1 million with the anticipated two-year forecast expected to grow to $5.7 million. This increase in revenue is attributed to Emperor Champagne’s imminent launch into Asian Pacific markets such as Hong Kong and Singapore. The expansion into the Asian Pacific market has been funded with the $510,000 already raised to date.

Beyond these markets, the fast-growing company is quickly gearing up to launch into New York, London, Singapore, Switzerland Japan.

Pioneering the space, Kirkpatrick built Emperor on the knowledge that the Australian champagne retail landscape was severely underserviced especially in comparison to the craft gin, boutique wines and artisanal
beers industries.

The average sale of an Emperor Champagne customer is $364.26, five times more than the average champagne purchase in local bottle shops in Australia and has a return purchase rate of 60 .

Emperor offers the only subscription champagne club in the Southern Hemisphere, an expertly curated collection of champagne – 90 of which will be exclusive imports and growers champagnes plus runs exclusive events and educational masterclasses.

What will the funds be used for?

A pioneer of the champagne industry in Australia, Founder Kyla Kirkpatrick has expansion on her mind and is eager to open up shares in her business ahead of its expansion.

“Funds from the raise will go towards growing the business in both Australia and international markets, including high-end customer experiences and expanding into the Asian market, kicking off activity in Singapore in 2019.

“We can’t wait for champagne lovers around Australia to join us on this journey, becoming a co-owner of the brand and of course sharing some glasses of champagne with us along the way,” she said.

From the outset, Emperor has had investor interest, in part due to the Dame’s stellar reputation and secondly because of the uniqueness of the product and offering.

Instead of turning to the venture capital route, Emperor will embark on its first Equity Crowdfunding retail raise which launched yesterday with Australia’s leading platform Equitise to garner the support of its passion and loyal clientele.

Co-Founder of Equitise, Chris Gilbert is excited to have such an innovative business in a majorly underserved market use Equitise to inspire crowd involvement and investment.

“Emperor is a terrific example of an Australian business that has experienced organic growth from its customer and fan base. With a niche and unique product offering that has multiple revenue streams, Emperor is strategically to grow in Australia and beyond. It’s exciting to know that investors through Equitise will be able to be a part of this journey,” he said. 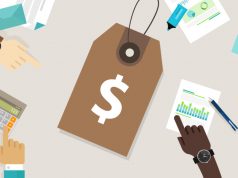