It was the fastest car in its class in the 3,000-kilometre Global Green Challenge, but the engineering students who threw their time and talents into Sunswift IV to win their race to Adelaide face future uncertainty in our fragile renewable-energy sector.

All red hair and bristles, Luke Bycroft bounces down from the loft above the garage where he works every day on the solar racing car and tells me that solar-powered cars are impossible. The sun doesn’t produce enough energy to power a standard car.

“If we had 100-percent efficient cells, you’re going to get about a kilowatt per meter-squared. And so you’re only going to get six kilowatts. Your average, big four-wheel-drive – or whatever – is 300 kilowatts.”

Luke is lead mechanical engineer on Sunswift IV, the University of New South Wales’ entry in the World Solar Challenge.

The bi-annual event has its roots in 1982 when Danish-born adventurer Hans Tholstrup drove a solar car across Australia. Quiet Achiever chugged from Perth to Sydney in 20 days.

The first race, from Darwin to Adelaide, in 1987 saw GM-built Sunraycer nab the gong. Its average speed was 67km per hour.

New rules introduced in 2007 included a cap on the size of the cars’ solar array. Today’s sleek, blade-shaped vehicles achieve average speeds of 90km/h and finish in just three days. They make Tholstrup’s invention look like a bathtub with windows.

Luke says that the rules are in place to make the competition difficult. “They’re there for safety, but also a lot of them are there to make it difficult for you so you have to think outside the box to come up with a solution to it.

The silicon cells used by Sunswift and most other teams are 22 percent efficient. They are much cheaper than the gallium-arsenide cells used by teams such as Tokai University, which won this year amid a field of 32.

“Regardless of how much money teams have, they want to get the best out of what they’ve got,” says team leader Jono Pye. “So if they have the best cells they want to get every last watt of power out of them. The whole thing comes down to efficiency. If you get twice as much power as Sunswift, then you still want to be able to use twice that much power and you don’t want to lose half of it as heat or any other losses.”

The different cost of the two technologies means that, in effect, there are two races.

Aerospace engineer Lim Yi Syuen likens each one to the A1GP in motorsport, with all entries subject to the same constraints. “So it depends on the design of your car.”

The World Solar Challenge is an endurance event. Cars are made out of light-weight composite materials but resemble a standard automobile as far as possible.

Drivers must use a steering wheel, for example, and sit upright. Entries must have other safety features, such as indicators and an electrically-isolatable battery system.

Combined, the WSC rules and the tough competition lead to practical outcomes. As a result of the UNSW team’s work, for example, Sunswift’s motor controller is now 99 percent efficient. Its CSIRO-sourced wheel motor is now 98 percent efficient.

“All aspects of design are pretty much cutting edge,” says Luke.

“You’re getting composites showing up more and more, like Boeing’s new 787 is entirely composite designed except for the turbines and the engine. You’re going to see cars on the road made out of composite materials.”

According to Helga Prochaska (right), who studies photovoltaic engineering and works on Sunswift’s solar array, the wheel motor in GM’s Tesla electric car was designed for solar racing.

Jono says that every good solar panel will have a maximum power-point tracker. The Tritium Wave Sculptor motor controller developed by rival Australian team Aurora has even been installed in a converted Honda Civic.

But it’s not just about the technology. Equipping the next generation of renewable energy engineers with skills they need for commercial life is also key.

“It puts them in a position to develop the same things when they leave the project.”

A Solar Flair for Marketing

“I work with the business team predominantly in media, marketing and sponsorship,” says project manager Clara Mazzone, who is studying renewable energy. “We have a $280,000 budget that we find ourselves.”

Thirty thousand dollars were secured from within the university over the past few months.

“A lot of the events that we’ve done at university we’ve made people aware, dressed really well. The things the university has asked us to do, we’ve put a lot of effort into making it professional. And they’ve seen that we’re not just a bunch of kids running around asking for money.”

Clara isn’t just looking after the everyday running of the project, “but thinking longer term.” Finding a job long-term, however, may be harder for Clara and the team than achieving carbon-free velocity.

Solar cells need encapsulation, just like the emerging solar industry itself, which the government is gradually moving to protect against economic shocks.

“If you stick your finger though one of the cells, it will break, it’ll just shatter like glass,” says Helga. “They’re so thin; they’re only a couple of microns thick.”

Many Australian solar energy companies are going offshore to balmier economic climes. Last month, Solar Systems, which was to build a 154-megawatt solar-dish project in Mildura, went into voluntary administration after its main shareholder, Hong Kong-backed TRUenergy, stopped its funds.

Fatih Birol, the International Energy Agency’s chief economist, has urged Australia to take the lead in developing solar technologies. Some view our chances with a jaundiced eye.

He says that TRUenergy continues to invest in its coal-fired Yallourn Power Station in the Latrobe Valley but isn’t prepared to put any money into Solar Systems without a financial partner.

The Department of Resources, Energy and Tourism says that its Renewable Energy Target, requiring 20 percent of our electricity to come from renewable energy sources by 2020, is supported by a number of programs.

The recently-launched, $1.5-billion Solar Flagships initiative has as its aim, among other things, to develop a solar industry in Australia, but the department says that the Mildura plant would not qualify for funding.

“Solar Systems would need to show that it has a replicable module that has been operating for twelve months and the company has backing from financial and construction firms for scale-up plans.”

“You find that there is a whole lot of engineers trained in Australia who want to work in the renewable field,” says Breen, “who end up working in California or in Spain or in other places because they simply can’t get the opportunities here because the government isn’t serious about it.”

“Personally, I’d like to work in a solar-cell manufacturing company, a [photovoltaic] company,” says Pye, who will graduate in two years. “I think there’s one about to open up in Homebush.

“Other than that, it’s overseas. You know, Germany or Spain, Japan or China.” 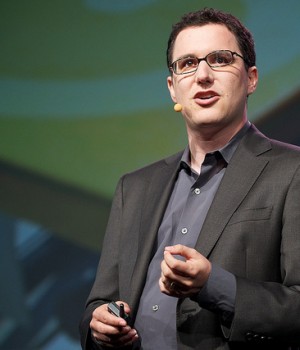