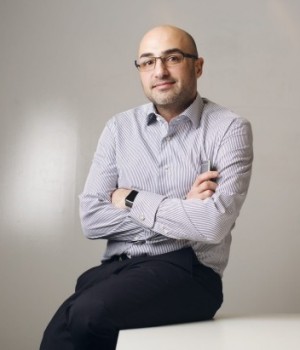 With Virtual Reality (VR) adoption projected to increase in the next few years, new research has revealed Australian businesses are capitalising on the trend by developing immersive applications to expand uses for the technology outside of the entertainment industry.

According to Telsyte’s Australian VR & AR Market Study 2017 released today, a quarter of Aussie households (25.5 per cent) will own a VR headset in 2021, opening up lucrative market opportunities for local businesses.

It reveals more than half of Australian small and medium businesses (59 per cent) are currently investigating or already have a strategy to develop VR applications with industries such as healthcare, transport and retail listed as early adopters.

Telsyte Managing Director, Foad Fadaghi said, “Over the next decade, Virtual and Augmented Reality (AR) technologies will create opportunities for small and medium size businesses to interact with their customers in new immersive ways.

“Many organisations are investigating VR and AR applications to help transform their businesses much like mobile apps and websites did over the past decade.”

What is the state of VR in Australia?

nbn’s Head of Business, Products and Services Ben Salmon said, “As the rollout of the nbn™ network gathers momentum across the country, there are more opportunities opening up for business owners to take advantage of new markets and expand their customer base.

“We’re already seeing examples of innovative businesses developing immersive and high-bandwidth VR experiences outside of gaming to tap into new industries such as healthcare, retail and real estate. The research shows we will continue to see growth in these sectors as more Australian businesses consider a VR strategy to reach their customers in the coming years.”

Australian leader in VR tech, Co-founder of Phoria, Trent Clews-De Castella said, “We’re seeing more opportunities to develop VR experiences outside of gaming as these innovations move into new industries such as healthcare, retail and real estate which is creating a real impact on our traditional business offerings.

“This type of technology can only work with collaboration between developers, businesses and customers so fast broadband is absolutely crucial to its success. Having access to the nbn™ network means we’ve been able to virtually communicate with overseas clients through cloud and video applications which gives us a chance to compete globally.”

How are Australians using virtual reality?

nbn recently announced plans to ramp-up the rollout of the network to new regions in inner-city Sydney, Brisbane, Melbourne and Perth. There are around one in three businesses around the country which can already connect to the nbn™ network with the rollout set to be complete by 2020.