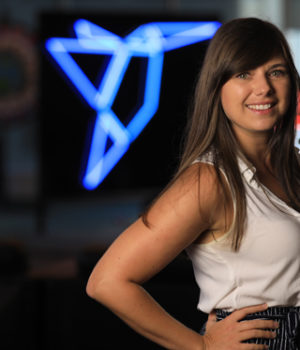 NSW startups have one week left to register interest in pitching for $1 million investment from leading Australian venture capital firm Right Click Capital at StartCon 2018, with registrations closing at midnight next Friday (23 November, 2018).

Sponsored by the NSW Government-backed Jobs for NSW, StartCon 2018 will attract the best startups from the Asia Pacific to pitch business ideas at the largest startup event of its kind in the Southern Hemisphere.

Deputy Premier and Minister for Small Business John Barilaro said the NSW Government was backing StartCon 2018 as part of its efforts to strengthen Sydney’s place as Australia’s startup capital.

“StartCon will allow founders and teams to tap into a wealth of knowledge and expertise across the entire startup ecosystem so that startups can bring their ideas to life and continue to stimulate our thriving economy,” Mr Barilaro said.

“As a government we want to do everything we can to create the right environment for people to have the confidence to launch a startup and give them the support they need to give it the best chance of success, with key events like this helping cement our place as the startup capital.

“It’s not up to governments to come up with great new business ideas but it is our job to do everything we can to ensure the people with those great ideas can bring them to fruition.”

StartCon 2018 will be held at Sydney’s Randwick Racecourse from 30 November to 1 December.

The pitching competition will see the best startups from a range of regional finals – including a Sydney Regional Final to be held on the first day of StartCon and a Regional NSW final to be held in Bathurst on 23 November – progress to compete in a grand final.

StartCon CEO Cheryl Mack said: “Thanks to the incredible support of partners like the NSW Government’s Jobs for NSW, StartCon 2018 is set to be the largest initiative of its kind in the Southern Hemisphere with the main event in Sydney to feature over 65 speakers, 150 exhibitors, thousands of attendees and the grand finals for the Pitch for $1 Million pitch competition, featuring some of the most promising young startups across the Asia Pacific region.”

Registrations for the pitching competition can be made here.