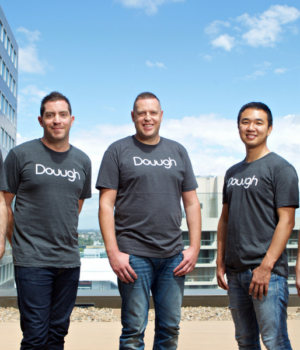 On a mission to democratise banking globally, Douugh is building out a ‘smart’ bank account for consumers, leveraging open banking, designed to help its customers live financially healthier and happier, thanks to Sophie – its AI personal financial assistant.

Douugh’s smart banking app will offer a Mastercard debit card and full suite of everyday mobile banking functionality you would expect (complete with the government guarantee on deposits), as well as multiple enhanced and unique features – focused on helping users pay off debt, spend less, save and build wealth.

Sophie offers real time insights and notifications, learning how you spend money and understanding your goals to help you get ahead.

Currently in private beta testing mode in the U.S and having just announced it’s global tie up with Mastercard, Douugh is now gearing up for rapid growth. Launching first in the U.S early next year, with Australia set to follow later in the year.

Douugh is now opening up investment to sophisticated investors to get in early and own a piece of the company to allow it to fund it’s U.S launch.

What exactly is Douugh looking to achieve?

With a clear initial focus on the global millennial market, Founder & CEO of Douugh Andy Taylor believes the sweet spot of the Millennial demographic for early adoption of the Douugh offering are the HENRY (high earning not rich yet) segment.

“HENRY’s sit at the top 20% of U.S. households based on income which starts at around US$100,000. With nearly 125 million American households in total, the affluent segment numbers just under 45 million households. In most any spending category, the affluent top 20% account for about 40% of total consumer spending,” he said.

“This segment is ready to plan for their future and start accumulating wealth. This is where Douugh can educate and automate their finances and alleviate the stress involved, helping them live financially healthy by still enjoying the now while planning for their future,” he said.

“We believe the future of banking is about platform, data and identity. Our ultimate goal is to become a platform business, offering a financial control centre where people’s finances are managed on autopilot. Short-term, we will expand our AI capabilities and offering into Wealth Management and Credit. Long-term, we will look to foster an ecosystem of partners within our own Marketplace in order to allow customers to leverage their financial data and save money – across financial services, insurance, utilities and retail, Taylor says”.

Taylor is also quick to point out that Douugh is in fact a technology company, with no plans at this point in time on becoming a bank – taking on the business model, risks and regulatory capital requirements needed to operate. Instead, it’s developing its own proprietary technology stack, leveraging the banking licence of existing banks to scale up a customer base in key international markets, operating as an OTT (Over-The-Top) application.

“Technology and the pioneering of a new, platform based business model, will be the key differentiators in winning customers off the major banks, and it will be the true fintech’s with global scale that will ultimately be best placed to capture the market share in the long run,” says Taylor.

Co-Founder of Equitise, Chris Gilbert is stoked to have such an innovative fintech join the Equitise platform.

“As the fintech community continues to mature in Australia, it’s great to see Douugh roll out its ambitious international plans to scale and further develop a unique product offering. Equitise is pleased to be able to assist Douugh in its upcoming launch into the US market with capital secured from Equitise” he said. 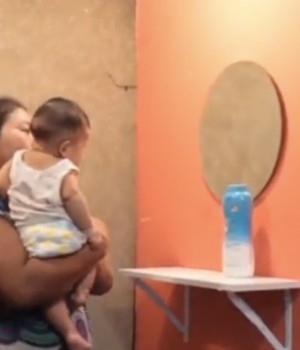