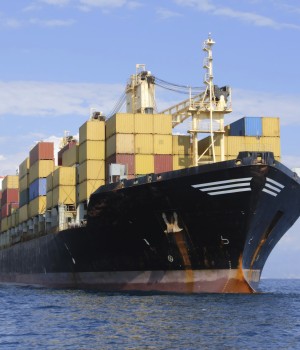 AIBS 2015 reports the views of over 1,200 Australian internationally-active businesses, drawn from 19 industry sectors and operating across 114 international markets; making it one of the largest and most in-depth surveys of Australian exporters.

“We found the participants are generally more optimistic about the current year than they were about 2014”, said Cassandra, “with the weaker Australian dollar being the main reason for this optimism.”

How do Australian exporters feel?

AIBS 2015 found that 86 per cent of respondents felt retained earnings were an important source of finance for domestic operations that service export sales, which was more than double the percentage that said domestic banks are important.

“Around a third of companies that had approached a financial institution in the last three years to expand their international business said they didn’t receive the funding they needed”, says Cassandra, “a figure that rises to almost half for small exporters.”

“The most common reason for failed funding attempts, at 45 per cent, were security issues, followed by the application being declined to due to inadequate cash flow.”

“We found it interesting that business inexperience and poor credit history were cited as relatively minor factors,” adds Cassandra.

One of the survey’s key conclusions is that a large minority of smaller exporters could do more international business if sufficient finance was forthcoming.

“These results again highlight how important Efic’s role is in helping SME exporters receive the finance they need,” says Cassandra, “with our range of products helping many bridge the finance gap when their bank is unable to assist.”

What exactly does Efic do?

Efic is a specialist financier that delivers simple and creative solutions for Australian companies – to enable them to win business, grow internationally and achieve export success.

As Australia’s export credit agency, Efic operates on a commercial basis and partners with banks to provide financial support to:

Through its loans, guarantees, bonds and insurance products, Efic has helped many Australian exporters and subcontractors take advantage of new contract opportunities that may otherwise have been out of reach.