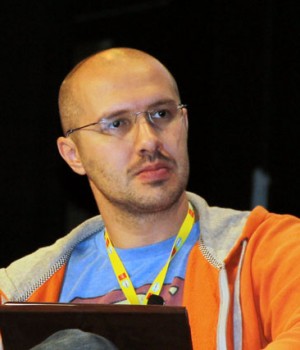 Headquartered in Sydney, Follow[the]Seed is spread all across the world; from Silicon Valley to Tel-Aviv and Beijing, and will cater to the growing, but under-resourced market of start-ups seeking to raise between $500,000 and $2 million.

Co-founded by tech investor and entrepreneur, Andrey Shirben (pictured) along with three other high profile investors, the fund has already received over 60 per cent of its $50 million target in pre-commitments following registration in August as an unconditional Early Stage Venture Capital Limited Partners (ESVCLP) by the Venture Capital Board of Innovation Australia.

This ESVCLP status­ makes it attractive for local investors because it confers complete tax exemption status on their share of the fund’s income.

Andrey highlighted that they will fill a significant gap in the Australian investment market, where start-ups seeking $500,000 to $2 million really struggle to find investors.

“At that stage in their growth, they are too large for angel investors, and too small for first round investment, but just as start-ups both larger and smaller, they are every bit as much in need of capital,” he explained.

They have a unique ace up their sleeve

Over the next five years Follow[the]Seed intends to make 30 to 35 investments – with a combined total of $200 million – across each of its four global funds, and will focus on innovative consumer internet ventures and applying its proprietary data-driven algorithm, RavingFans™ to its investment decision processes.

RavingFans™ assesses the potential of B2C ventures at a very early stage by identifying habit-forming products and companies using rapid data analysis that determines how early adopter users interact with that product.

By tracking those products that become a daily habit for their users, it can identify apps and technologies that are likely to become viral hits well before they hit critical mass.

In addition to RavingFans™, Follow[the]Seed applies a Reverse Problem Solving (RPS) methodology to enterprise ventures that allows it to identify early trends, issues and ‘pain’ points by working closely with large enterprises and Fortune 500 companies.

This information will allow the fund to invest in the right technologies that provide solutions to these identified problems.

They also have their hands all over the globe

Andrey added, “Our global reach will provide Australian investors with access to diversified quality deal flow from the Silicon Valley and Israel and will make it possible for our local ventures to expand to the US and China and benefit from each of the partner’s wealth of experience and networks.”

Follow[the]Seed is the only Australian fund that operates on the ground, across four different continents. It comprises a highly experienced team with the founding partners boasting a track record of over 50 per cent annual IRR in the past decade.

The fund’s four founders are:

Andrey Shirben (Australia) – Originally from Israel, and based in Sydney for the last five years, Andrey has been investing in innovative companies for the last decade, including over two dozen Australians startups (such as Ingogo, Jayride, OpenLearning, Class Cover, StorReduce and many more).

Ajoy Mallik (San Francisco, US) – Ajoy has a wealth of expertise in the enterprise market. He was part of the original founding team of Odesk (known today as Upwork) as well as a senior executive at TATA and Cognizant, in charge of their venture investments and innovation ecosystems.

Curt Shi (Beijing, China) – A specialist in the telecom, media and technology spaces, as well as in the action sports sector, Curt is an experienced early stage investor and VC fund manager in the complex, but massive opportunity in China.

One of his latest successful investments was Catapult Sports that ASX listed last year.

Eliav Alaluf (Tel-Aviv, Israel) – Eliav is the creator of the RavingFans™ methodology, and specialises in using behavioural analysis and consumer psychology to “pick” winners to invest in.

Where traditional investment firms need to see millions of users before being able to make Round A investment decisions, Follow[the]Seed, through RavingFans™, is able to flag the startup as an investment opportunity based on a sample of just a few thousand users and well before VC funding would traditionally step in.

What is the story behind Follow[the]Seed?

Anthill caught up with Andre to tell us more about what inspired him to start this fund and how he met his co-founders based all over the globe, below is what he had to share.

It all started with several problems I experienced first-hand.

One, over the past 10 years as an early stage investor in over 50 start-ups, I’ve noticed that the most difficult round of funding was the one after the seed/angel round, which was generally between $500,000 and $2 million.

It took the companies simply too long to put this “post-seed” round together and in the meantime they were losing focus and not driving the business and product forward. Surprisingly it took them less time to raise a $7 milion round than a $1.5 million one.

We realised that it kind of falls in between the angel investors’ capacity and the VC’s doing Series A and above, looking to deploy at least $5 to $7 million.

Two, it didn’t make sense to me that VCs all over the globe, who fund innovation and disruption, don’t actually consider disrupting their own model and most of the VC investment process hasn’t really changed for the past four decades.

It’s still very much about where you located and who you know. The chances of someone coming outside of these circles to get funded are slim to none.

We thought it’s about time to democratise the access to capital and enable entrepreneurs who don’t go via the beaten path to get a fair chance and being assessed based on the quality of their work and execution, rather than based on where they grew up or what school they attended.

Three, I was used to having about 1,000 startups pitching me every year, while in a typical year I would only invest in 10 to 12, so roughly one per cent.

While I’m happy to spend as much time as needed helping the companies I invest in, the problem was that I was spending more than half of my time on the other 99 per cent.

I know for a fact that I missed quite a few opportunities, simply because there was too much “noise” around and I therefore couldn’t assess them properly.

I’ve spent more than a year trying to figure out how to solve these problems, interviewed a lot of entrepreneurs, angels and “super angels” as well as VC fund managers all over the globe and throughout this journey met the other founders and the vision for Follow[the]Seed was formed – to establish a truly global fund, based on data driven approach, investing at post-seed stage (hence the name).

All of the founders in the fund come from very different backgrounds and that’s exactly what makes up a great team. If I looked just for a few clones of myself – it would be a pretty boring and single dimensional fund.

I won’t claim that we know it all but each one of us has a unique expertise and experience.

Take Ajoy for example – beyond the fact he founded a “unicorn” already (Odesk), he was actually in the VC space since the dot com bubble burst, so he’s seen lots of companies on a downwards spiral and was in fact sent to reset and fix a few of them. He knows from first-hand experience that venture capital and start-ups are not all just glamour.

More importantly he spent the last 11 years building corporate venturing & innovation arms for some of the world largest corporates – Tata and Cognizant and his intimate knowledge of the enterprise space is second to none.

His whole approach to the space is by “putting the problem first” (RPS), so the entrepreneurs can learn quite a lot from him about how the internal processes work in a large corporate and what drives them, which is much more valuable than any check we’ll write them.

I met him about six months ago and was just fascinated by his approach, so we started talking and realised we better join forces.

Eliav, on the other hand comes from a completely different background, he was a top journalist in a leading financial publication in Israel and he’s been researching the applied consumer behaviour and psychology over the past 15 year and particularly how it changed and evolved since the dawn of the internet days to this very day.

He’s the mastermind behind the RavingFans™ model and algorithm, which is our main screening filter for consumer internet startups. It’s seeking for “habit forming” products, while these are still in its infancy.

We’ve been working together for many years and he already helped numerous start-ups we’ve invested in with understanding the way people use and interact with their products and how to improve their experience and build amazing products.

Curt was one of the first skateboarders in China, back in the days where it wasn’t quite popular. This led him to become a successful entrepreneur and later on an investor both in China and Australia (where he studied).

His insider understanding of the largest consumer and internet market in the world, China, is phenomenal and naturally because of his background, he’s specialising in the sports, entertainment and media sectors.

We’ve been talking and shaping the funds vision together for more than a year, but prior to that, we’ve actually independently invested in the same company – Catapult Sports, led by Adir Shiffman (which is amazing in its own right), which comes to show a similar though process and market perspective.

When I’m looking at a start-up, the team is always the key, so naturally in the fund, our most valuable asset is our own team, which is world class.