Daily deal sites have proven an effective marketing tool for many SMEs. They allow the consumer access to premium goods at bargain prices while considerably enhancing the visibility of the seller.

But squint at the group-buying model hard enough, as Ricardo Correia and Howard Moodycliffe did, and the cracks begin to show themselves.

The same fixed 24-hour sale periods. Too much pressure on sellers to heavily discount. No certainty that a deal won’t go bust…or won’t go so wild that it depletes the merchant’s entire stock.

With the launch of Spreedle, a mobile “instant deals” platform, Correia and Moodycliffe are on a mission to show that deals can be managed with even greater efficiency.

“Spreedle is all about giving merchants full control when they choose to post deals,” said Moodycliffe, who is also the team’s marketing director. “It’s about helping merchants drive business and shift stock when they want to, or need to, the most.”

In essence, the location-aware platform will allow businesses to target buyers in their vicinity and set their own schedules for posting digital vouchers, deciding for how long and for how many customers the deal is valid. Discounts fall into four categories: “Feed Me”, “Entertain Me”, “Pamper Me” and “Surprise Me.”

Where the Spreedle team sees itself taking the next step in deal-buying evolution is in “delivering pre-paid customers to merchants.” Unlike with group-buying sites, there is no minimum purchasing quota that needs to be met for a deal to become active. Buyers are assured that a deal is “on” as soon as they purchase it, which they do by making the payment directly through the site.

As such, the Sydney company deems Spreedle to be a closed-loop platform — the first of its kind available in Australia.

“Discount rates are at the discretion of the merchant,” explained Moodycliffe. “The platform gives them the flexibility to work out what works best for their business.”

Sellers also have the option of capping the number of deals to prevent overselling. Spreedle is free to use and will only charge commission when the merchant makes a sale, Moodycliffe added.

Service is currently live in Sydney and will soon be rolled out to other Australian cities, the Spreedle team said. Payments for deals are secured by the Commonwealth Bank of Australia, but the company expects to enable PayPal in the future.

It’s too soon to tell how much of a ripple effect Spreedle will have in a market dominated by Groupon, and populated by similar Australian sites like Catch of the Day, Cudo, Jump On It and Scoopon.

However, over 200 businesses have already signed up since the beta version was released in October, and the app has experienced close to 3,000 downloads.

“Businesses we have spoken to are extremely enthusiastic about the level of control and flexibility our platform provides them,” reported Moodycliffe.

Correia, co-founder and managing director, also emphasised the benefits of Spreedle for both parties.

“We wanted to deliver a solution that empowered both consumers and merchants and addressed each groups’ frustrations with the current model,” he said. “Spreedle is all about convenience, choice and relevance for the consumer.” 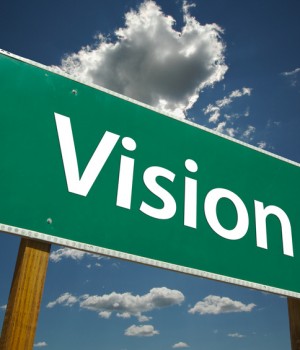