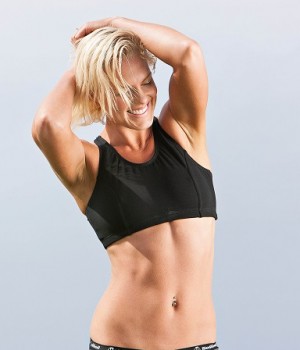 You may have read Emma Johnson’s recent article on Forbes, ‘Can these panties disrupt the $15 billion feminine hygiene market?’ (28/5/15), detailing how US-based Miki Agrawal is determined to change society’s view towards menstruation as a taboo.

Well it turns out that Sydney-based entrepreneur and mother of three, Kristy Chong is making the same strides locally with Modibodi, her proudly Australian brand that manufactures fashionable and comfortable, high-performing underwear from premium natural and synthetic fabrics.

Modibodi makes women’s underwear that replaces the need for panty liners through the use of innovative patented technology to give women everyday freshness and protect them against life’s common unmentionables that many of them unfortunately know too well – light bladder leaks, breast milk leaks, menstrual onset/overflow and spotting, discharge, odour and sweat.

What is the story behind Modibodi?

Prior to starting her entirely bootstrapped start-up, Modibodi founder Kristy worked for 15 years in public relations roles for both small, but predominantly large multi-national organisations such as Edelman, sanofi-aventis and McDonald’s.

“While out running one day I realised my underwear might look nice, but it was failing to protect me against sweat and occasional bladder weakness. I spoke to family and friends and found I wasn’t alone in my frustrations with the options available,” she told Anthill about how she got the idea.

“It was always my desire to start a business of my own and the exposure and experience I received working for other businesses I believe has given me a great advantage.”

However, just four months after launching, Kristy encountered her biggest challenge to date – she had a third child. She had absolutely underestimated the demands of juggling both managing her business on her own (with some contract help) and being a mum of three young children, including a new-born.

“This time was almost my undoing,” she shared. “The business was just starting to take off and yet I was doing two to three hourly night feeds and ferrying kids to school early in the morning.”

“I had a baby constantly strapped to my chest and I was trying to source fabric, pack orders, generate sales and manage all our accounts.”

These panties are fresh out of the lab!

Kristy has spent close to two years creating a solution as she believes women’s underwear isn’t the best it can possibly be.

Modibodi looks and fits just like regular underwear but has undergone rigorous scientific testing to keep the wearer not only fresh and dry but comfortable and fashionable too.

Kristy has spent over 18 months performing close to 1,000 extensive and rigorous scientific tests to develop the most effective fabric technology.

Up to 100 textile engineers were consulted in Australia and the US before she worked with leading Australian lingerie designers and manufacturers to make the final product.

Each pair of underwear has an outer material of luxurious fabric such as Bamboo and Merino Wool, which have proven to be technically superior. Inside the underwear is Modibodi’s patented Modifier Technology (leak-proof) or Modifier Air Technology.

How exactly does Modibodi underwear work?

As one in three women experience light bladder leakage and 50 per cent of women experience menstrual overflow during that time of the month, Modibodi is providing a cheaper, fashionable and liberating eco-friendly alternative to panty liners, which ultimately end up as landfill.

This is especially helpful for mothers, and young women anticipating their first period but might feel embarrassed to wear a panty liner.

The Modifier Air Technology range is perfect for everyday wear, and will keep women feeling fresh even when exercising, travelling, or during the warmer months.

The Modibodi range even makes sports bras in eco-friendly bamboo jersey which eliminates sweat and odour. Maternity breastfeeding singlets, which absorb milk leaks, replacing the need for nursing pads, are also available in a large range of sizes.

Furthermore, a range of styles are available including bikini, boyleg, high leg, full brief and thong and collections include classic, sensual, active, smooth, maternity and curvy (in sizes 18-22) – there’s something for every woman at every stage of her life.

Kristy is also passionate about improving the lives of all women, and so for every purchase over $100 Modibodi will donate a pair of underwear to the ‘Days For Girls’ feminine hygiene kits distributed to women in need, both in Australia and surrounding countries such as Papua New Guinea.

These kits are instrumental in creating social change for women all over the world, a cause Kristy is very passionate about.