10 things I learned while designing my iPhone application -
Saturday, February 29, 2020

Christopher Wilkie is 24 years old and trained in psychology, computer science, accounting and finance. For someone of such stamina, developing an app should be a cinch, right? Not so much, he admits.

Take the time to target your audience based on what platform they use and recognise the strengths of that platform. It’s no good designing a game for businessmen when it won’t run on their BlackBerry! Instead, design a game for tech-savvy businessmen to install on their iPhone.

2. Web-based apps are a lot easier (and cheaper!)

If you want your service accessible from a multitude of mobile platforms and user interactivity is fairly simple, stick with web apps (apps that run in a mobile browser rather than being installed on the device). They are easier and cheaper to develop, and are accessible immediately from multiple platforms.

3. The iPhone is king of the hill (a very big hill)

When you design for iPhone, you design for the world’s most popular smartphone platform. You contend with hundreds of thousands of other apps, so uniqueness no longer sets you apart, and it comes down to effective marketing and user-engagement to be successful.

No matter how good and flawless the design seems on paper, testing is always a fundamental part of any software release. Skipping testing to save time means huge downtime later on.

Having a Beta period is really great for external parties to put your app through its paces so you can learn which glitches to fix. It is also a great marketing tool to entice early adopters onto your app to test for free and help spread the word.

6. Design a mobile app as if you’re starting a business

Don’t expect your app to be a hit from day one. You hear about apps being successful so soon because they are the exception, not the norm. Treat your app like a startup business and focus your efforts and money on covering all aspects of the app’s future success: cost-effective design, market testing, roll-out strategy, marketing, growth strategy, etc.

7. Talk about your app… to everyone!

Talking will get the word around, get you some interesting meetings and might actually help you cut costs along the way. This is how I came into contact with some brilliant new ideas to integrate as features, saved a lot of time with roll-out and made some contacts that ended up saving us a bundle!

8. Measure twice and cut once

Carefully think about what you want your app to be. DELUX started out as a simple app that allowed people to access on-demand premium vehicles instead of having to take taxis. Nine months on, we’re a full-blown enterprise solution for booking and handling premium cars.

DELUX evolved from three months of secret development on the original idea, and then the gift of the gab brought a slew of ideas and contacts that were easy to implement, but hard to integrate into an existing solution. Tacking on new features with such proliferation is never a good idea (cost-wise or implementation-wise).

Should we have done it? Hell yes.

Would we do it again? Hell no.

Why? Because I have learned to stay true to my roots and build the product I set out to build. If there are that many additions to an existing product, it actually creates an entirely new product and should be designed in its entirety rather than ad-hoc along the way.

Definitely spend time and dollars on marketing efforts, whether you run them yourself or through a marketing firm. It’s imperative to getting your app in the spotlight and in front of the right audience. Being in the App Store is one thing, getting downloaded is another!

Write posts about it and submit them to Anthill!

The intangible world of mobile apps (or any software really) allows for your mind to run wild and really bring a new and completely different service to market than what is currently available. T

he reach of apps is global and earning capacities have changed: instead of selling your app through one retail store, you can sell to hundreds of millions of customers who can easily buy or use your app without ever having left their couch.

Let your imagination be the limit! 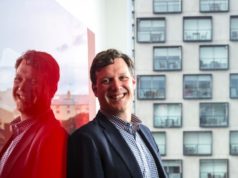 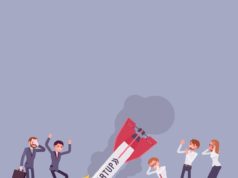 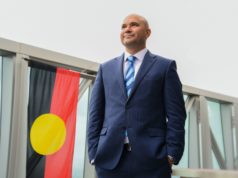