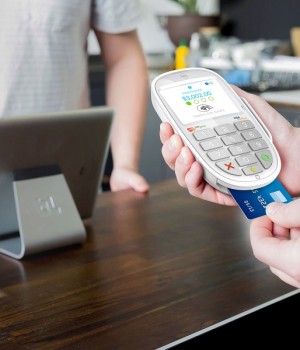 The beta app release will be used to test Tappr’s app and analytics dashboard in preparation for Tappr’s own card reader that claims to be the world’s first smart card reader with its own app marketplace.

In 2014, Tappr raised over AUD$2.4 million from investors including Altor Capital & Black Sheep Capital to fund development of the solution and produce a prototype of the Card Reader.

What has Tappr been up to lately?

The beta testing was conducted over 10 weeks with four SMEs participating in Queensland. Tappr now is focusing on refinement of the Tappr app and dashboard while developing tablet and Android based versions of the app. Tappr is also continuing to develop its own card reader with a release to a handful of hand-picked users mid-2016.

Brett Hales, Tappr’s founder and CEO says, “The beta test went incredibly well however it wasn’t without a bug or two. We were expecting to process around $50,000 in card payments through the first stage of beta testing and ended up processing close to $350,000. The engagement of the testers was incredible and we are really looking forward to a public release in 2016.”

Tappr is currently giving away 100 Miura M010 card readers in January 2016 for users who sign up and are approved. Tappr’s simple rate charges 2.5 per cent for Visa and Mastercard transactions and $0.20 for EFTPOS. Tappr’s aim is to move Miura M010 beta users to the Tappr Card Reader once pilot production begins in 2016.

What is a smart card reader?

Tappr’s smart card reader increases the capabilities of card terminal technology not dissimilar to what’s happening currently with Smart TV’s and other appliances.

Tappr’s smart card reader enables developers to develop third-party apps on the solution so you’ll be able to download apps on your EFTPOS terminal.

The card reader has a 2.8” LCD touch screen, A8 processor and 1GB of HD space and runs an Android operating system. An SDK will be released shortly for the Tappr solution.

“Our card reader opens the beginning of a new ecosystem with the TapprOS. For the first time, developers will be able to create a new apps that users can download for new payments methods, Point of Sale, eCommerce, customer CRM, big data and even social media. The card reader will bridge the canyon between eCommerce and bricks and mortar mPOS for small business,” Hales commented.

While the card reader still accepts credit and debit card payments like any other terminal does, the card reader pairs via Bluetooth to a user’s smartphone or tablet and integrates with the Tappr App to offer payments, point of sale and analytics suited to SME’s.

Hales says, “The difference between our first prototype concept and our latest one is chalk and cheese. We made a decision to go back to the drawing board and increase the processing power, memory, touch screen and graphics capabilities to cater for an App Marketplace.”

“We’ve been collaborating with several companies to produce apps for the ecosystem including payment, social media and big data companies.”

The card reader accepts credit and debit cards via contactless (PayPass), swipe or Chip and PIN, however apps are enabled to accept bitcoin, P2P payments, social media, customer satisfaction, digital wallets and even transportation cards. The Card Reader is currently going through certification and compliance before being released to beta users in 2016.

Hales says, “It’s been a long process to get us here, but development hardware and software together is normally a longer and more challenging process. We wanted to offer the next generation of card terminals to small business thats simple to use and offers more than just accepting a payment.”

The Tappr Card Reader is suited to mobile businesses but caters for bricks and mortar business just as well. Hales predicts that pilot production will be in late 2016 for the general public with a beta release due mid-year. No price has been set yet for the card reader, however the Tappr App is free to download and is currently available on the Apple App Store for iPhones.

Recent growth in the start-up scene in QLD

Tappr has expanded recently building up to the latest beta release adding some local and international talent. The team has increased from 10 to 15 and growing rapidly.

“We been focused on innovation and development since the company’s inception and while that will always continue, we are focusing now on customer experience, support and sales.

“We’ve added some new recruits from solid stock including Patrick Desmond from AirBnB, Pauly Ting from Tigerspike and Michael Davidson from Optus.”

Queensland is quietly becoming a hot-bed for start-ups in Australia. With Temando, Red Eye Apps, Tanda, Puntaa, Wotif, Ezidebit and now Tappr in the mix to go along with River City Labs and newly established Tokyo Two, the River City is experiencing solid growth in the startup scene.

With the recent announcement of the QLD government’s $40 million innovation grant for QLD start-ups, there is certainly some buzz in the start-up scene in Queensland.