Scientists are used to coping with complexity, but when what they publicly talk about is subject to polarisation along political lines, debate can get very messy. In April, a group of science communicators gathered in Brisbane to talk about the dangers and opportunities inherent in the use of social media. As Matthew da Silva reports, many of them are still learning the ropes of productive online communication.

About 130 delegates and speakers turned up at Brisbane’s Powerhouse venue on 27 April for the Media140 Frontiers Brisbane for science communicators to discuss social media and their profession.

The tone was, from the start, defensive.

There were warnings against the assault of web trolls and sock puppets, hidden agendas and otherwise “angry anonymous commentators”, and for the need for filtering to “withstand the brunt” of fake presences.

Who knew scientists — and in particular science communicators — were so entrenched online?

What is science communication?

Big issues are at stake in the public sphere. Science communicators are the ones who are often most responsible for explaining the ways of the so-called scientific community to the general public.

To this end, social media — which is what Media140 is all about — offer both opportunities and risks for those dedicated to talking about the issues.

Consider climate change as an example. For scientists, the realities of climate change are a fraught business to communicate — even as new reports are published supporting the direst predictions that scientists and policy advocates have been advancing in the public sphere.

Keynote speaker Andrew Maynard, speaking via video link from Michigan, set the tone as he talked about the theme of the event. He used the paintings of Jackson Pollock to provide a helpful analogy.

“Jackson Pollock paintings are big – they’re much bigger than you would expect if you just see them on the Internet. They’re messy, incredibly messy, and yet as you look at them you end up thinking, ‘Well, maybe there’s something important here despite all the mess,’” Maynard observed.

“And it seems that that is very similar to social media especially when it comes to science communication. It’s undoubtedly big, it’s incredibly messy, and yet as you look at it, it does seem that within all that mess and complexity there is something important there that we need to understand and use.”

Maynard turned back the clock, in a sense, when he warned delegates that you get out of social media what you put into it. Beware of hubris, Maynard said, resuscitating a theme that those who frequently use social media often have heard before.

“The fact is, in any social interaction it’s the trivialities that actually lubricate the conversations and give you a connection and an essential legitimacy.”

Maynard also warned delegates against assuming that they possess all the answers.

“Slowness” in the new media realm?

As for that circus of web trolls and sock puppets, the real message seemed to be: get active, not scared.

“What I was talking about was supposed to be more cautionary,” guest speaker Craig Thomler told me after he had addressed the audience. “Basically be alert, not alarmed. Be aware of what can be going on and what has been going on so that when you actually are engaging in these discussions, whether as an initiator or as a participant, that you’re aware that these things might be going on and coming back on you.”

He also said he thought there was “slowness” in engaging in social media by government and science practitioners.

The same applies to government, Thomler said: people go into government to serve the public. However, “it doesn’t necessarily mean that they all want to talk to the public all the time. The people who go and do that are generally called customer service operatives.

“So you have these groups of people who are very good at what they do having to more and more adapt to using new tools and new ways of engaging with their constituencies, and the ultimate [beneficiaries] of their activities, in ways that they just aren’t comfortable with.”

Perceptions of slowness, however, may have as much to do with how much science communicators are actually allowed to engage via the online social sphere.

Government departments have very strict policies on social media, one delegate, who asked to remain anonymous, told me.

“They tend to be a little scared of it because of the uncontrollable aspect of it,” this delegate reported. “As a result they’ve been slow to get into it and their response to it is largely a risk management approach rather than a – I won’t say genuine engagement. There’s a genuine desire to engage but it’s a desire to engage on-message and on their terms.”

Many scientists are funded by the government and this affects how they use social media.

“ARC grants are difficult to come by and there’s got to be a measure of self-censorship involved because you’re competing against many people,” the delegate told me. “You don’t want to make yourself unpopular beforehand.”

The event was part of the global Media140 calendar which is led by Brit Ande Gregson and was helped along in Australia by the federal Department of Innovation, Industry, Science and Research among other organisations. (The next Media140 event in Australia will take place in Perth in July.)

On a final note, Andrew Maynard cautioned against alienating people in the community by telling them forcefully what is right until they get the message. “Reality check: it just doesn’t work that way,” he told the audience. All that scientists end up doing, he said, is forming cliques of like-minded people that sit around and agree among themselves.

“What we do end up doing with this forceful, uncivil behaviour,” he said, “is alienating people that we really need to connect with,” which stifles communication and engagement.

“There are some subjects that I’m very reticent to say anything about,” the keynote speaker continued. “Not because I don’t know anything about them or because I haven’t anything to say. But I fear the reaction I’ll get from others in the science community. There are occasions where I feel I just do not have the energy to deal with very strong reactions against what I say.”

My anonymous interlocutor agreed: “Scientists really only care about what their peers think,” the delegate said.

If that sentiment holds true, it’s up to scientists to step outside of their comfort zones and really engage with social media.

Matthew da Silva writes feature stories to fulfil a dream after two decades in communications and technical writing roles. He grew up in Sydney, worked in Japan for nine years and now lives in Southeast Queensland. He blogs at Happy Antipodean.

Image by the University of Queensland School of Journalism and Communication 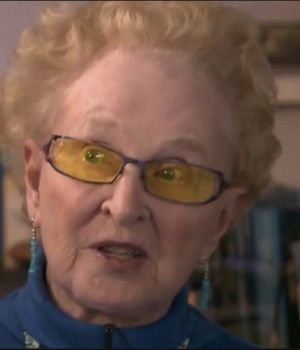 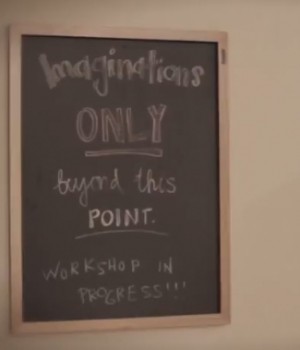 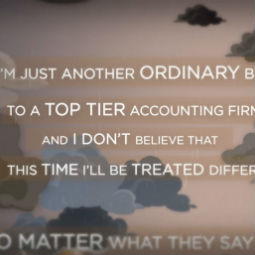