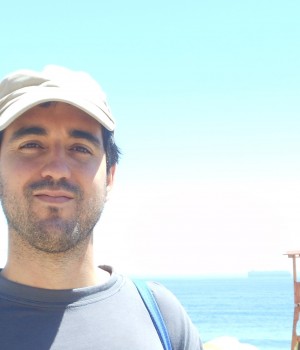 With Australia facing a critical shortage of coding skills, Brisbane startup, Zenva, has launched a new Kickstarter campaign to raise funds to build Codemuari, a mobile app that teaches programming to users on the go. The Kickstarter aims to raise $20,000, and will run until the 10th of March.

The Codemurai campaign follows on from Zenva’s highly successful 30-day Kickstarter campaign to build an online course on game development, which went live in February 2015 as part of the River City Lab’s Sponsored Entrepreneur Program.

Within a few days of launching, Zenva had smashed its original target goal of $4000, raising over $30,000 and bringing on 572 backers.

The inspiration for Zenva’s newest project, Codemuari, came from feedback given by its online community of 150,000 budding game and app developers that they needed an engaging and interactive mobile phone platform that allowed them to “learn programming on the go.”

What is the motivation behind Codemurai?

Founder of Zenva, Pablo Farias, (pictured) commented: “By engaging with our users, what we have discovered is that while video courses are very effective, they are not practical for users on the go.”

“Through gamification and highly interactive content being made available on mobile, our aim with Codemurai is to turn the process of gaining high-demand, real world skills into something truly engaging,” he explained.

Pablo added, “The need to develop the nation’s programming skills cannot be overstated. Education Minister, Simon Birmingham, has placed a strong focus on educating the sector on skills needed for programming, and according to CEO of the Australian Computer Society (ACS), Andrew Johnson, 40 per cent of all jobs posted in SEEK.com.au that offer a salary greater than $150,000 are IT-related. In other words, programming skills are the way of the future.”

Besides teaching online how to create games, apps and websites to over 150,000 students, software developer Pablo has created content for companies such as Amazon and Intel, and run live programming workshops in San Francisco and Brisbane.

The mission of his tech start-up, Zenva is to empower people through education by creating affordable and high quality online programming tutorials. Zenva has created online courses around web, game and mobile app development, which can be accessed on their platform.