What was the last thing you did before booking your movie tickets?

One in five logged on to Facebook and checked out what their close friends said about the movie, and an even higher 38% found other ways to do the same, suggesting a clear shift in the dynamics of viral marketing.

The numbers come from Effective Measure, a digital audience profiling company headquartered in Melbourne, and pertain specifically to the sci-fi movie, “The Hunger Games,” which opened in Australia last month.

Effective Measures conducted a FlashPoll during the week of 4-11 April and analysed responses received from Internet users in Australia. Of the respondents, 31% were based in New South Wales; 21% in Queensland; 24 percent in Victoria; 13% in Western Australia; 6% in South Australia, 3% in the Australian Capital Territory and 2% in Tasmania.

The following are the key findings:

Effective Measure, headquartered in Melbourne, is a global player in digital media planning and audience profiling. It provides planning solutions in the emerging markets, bringing best practice online measurement data to premium publishers, platforms, agencies and advertisers. Its products and services also offer insights into the state of the Internet and the ever-growing digital population. 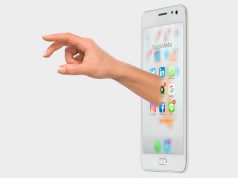