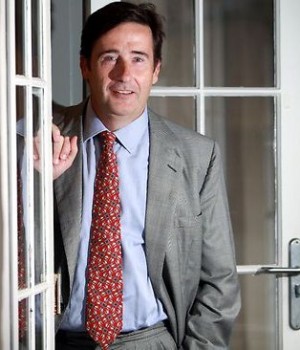 Many local start-ups, especially those past the seed stage investments, have had to seek funding beyond Australia’s borders.

Determined to change this, venture capitalist Mark Carnegie will host the second edition of his live pitching event, Carnegie’s Den, where eight to ten start-ups will face a panel of five investors on May 2.

Two start-ups, online cattle trading platform Cloudherd and farmer-to-chef connection platform Food Orbit,emerged triumphant at the last edition of this pitching event, one chosen by the judging panel and the other by the people’s choice respectively.

Where does start-up funding in Australia currently stand?

“The Australian incubator scene is doing a fantastic job at funding opportunities, including from a growing number of incubators and accelerators offering both money and mentorship,” he said.

“Others however, who are further advanced and looking for Series A funding or later generally hit a wall, are forced to head offshore in part or completely. The challenge for we Australians is to stop this from occurring,” he added.

Carnegie further told Anthill that he believes the solution lies three key areas: improving the number of investors at that end of the spectrum, working closely with government to create a more attractive business and tax environment for start-ups and finally working with the start-ups so they genuinely see a long-term future for their businesses in Australia.

What kind of start-up is Carnegie’s Den looking for?

“We are looking for innovators -future leaders in their space,” Carnegie said. “We would like to work with companies who may be described as ‘gazelle’ companies and we don’t have a preference as to what industry they are from. A strong individual or team, with a clear mission is essential.”

You are probably wondering what a ‘gazelle’ company is. Well, this McKinsey Global Institute report defines it as a high-growth company increasing its revenue by more than 20 per cent each year for four years.

How exactly does the process at Carnegie’s Den work?

Companies are invited to initially submit a short online application where they will detail key issues important to the investors. Then, the investment team will thoroughly assess each application and shortlist a small group for the interview round.

The interview round will comprise a brief meeting with each shortlisted team and the aim of this is to understand who they are and to dig deeper into key business issues.

Applications for this edition of Carnegie’s Den close on April 11, so you better hurry up!