We have fifty ‘R’ rated DVDs to give away.

But it’s not what you think. 😉

‘The Man Who Souled the World’ is an award-winning documentary about Steve Rocco, pro-skateboarder turned disruptive entrepreneur and skate industry leader.

Rocco’s first finance came from a loan-shark. Not only did he stand to lose his shirt from his first entrepreneurial venture, he also stood to lose his knee-caps.

His first ‘reseller’ channel was the infamous Z-Boys. Why hire resellers when you can create multiple companies with pro-skaters as major shareholders and brand advocates?

His first scalps were the established industry leaders. When a prominent skate magazine refused to run his ads for being too provocative, he launched a rival magazine, sending the incumbent into insolvency.

Throughout the 1980s, Rocco used pornography, blasphemy, propaganda and truly anarchic business strategies to create World Industries, which has grown into one of the largest and most influential skateboard companies in the world.

When I watched ‘The Man Who Souled the World’ for the first time, I thought, ‘I’ve got to get this DVD into the hands of our readers!’

It could be because I’m ‘into’ skateboarding (even if I my Element deck hasn’t left the boot of my car since I gave myself a prolapsed disc earlier this year).

It could be because Rocco naturally embodies some of the anarchic personality of Anthill Magazine. (We sometimes describe our creative process as ‘organised chaos’.)

It could be because Rocco successfully reinvented an established industry sector, simply because he was dissatisfied with the status quo (an attitude that we also empathise with).

But I think my excitement for this documentary mainly comes from it’s simplicity as a real, contemporary David versus Goliath tale re-visited.

After enthusiastically lobbying its Australian distribution company, Mad Man Entertainment (who we covered in 2005 as a very Anthillian organisation), fifty copies arrived at our office door… for a price.

I won’t say what that price was but the discount rate was, indeed, very generous, enough to allow me to make the following two offers:


So, OK. I’m sorry that it’s not a completely free DVD on offer. But we only have 50 copies and we also need you to use your credit card because ‘The Man Who Souled the World’ has an ‘R’ rating (not a completely fool-proof strategy but we figure that, if you’re a minor with plastic, this DVD will be the least harmful thing that you’ve already discovered on the internet).

It’s not often that we spruik our own wares through the blog. In fact, it’s our first time. So, I hope that you don’t mind this departure from the norm.

But I must make the following warning… This ‘R’ rated DVD is not for everyone.

If inspiring and provocative business documentaries push your buttons, this modern-day story of David and Goliath re-loaded will put a smile on your dial. If business strategies and marketing campaigns that really push the boundaries of convention make you feel uneasy, perhaps wait until our next offer comes up (I’m sure we’ll have something a little safer, but equally inspiring, available soon).

In coming weeks, we’ll be giving readers the opportunity to be among the first people in the world to road test a new Google Service (very exciting, indeed) and we’ll also be extending our Magazine 2.0 experiment (another magazine first). Also, we’ll be extending the way you can interact with Anthill by introducing QR Codes to our technology mix.

In short, there’s never been a better time to subscribe or renew your subscription. So, if this interests you, don’t mess around. We only have 50 copies of my second favourite business DVD (first in, first served). 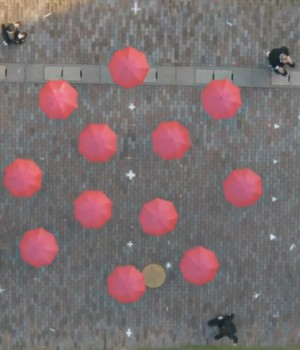 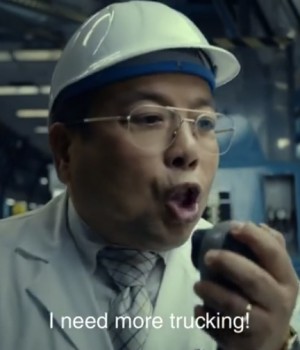