Getting your way once is easy. It’s repeating it that’s hard. So how do you rate on the enchant-o-metre? We asked three pros if there’s a secret to the art of persuasion.

Is empathy the vital element in persuading people to drop their guard?

I think empathy is a vital element in anything you do. If you can’t put yourself in the shoes or the mind of whoever you are dealing with, you’re not going to get very far.

You need to do a lot of research and be a careful listener. Without both of those things, you’re going to have trouble. But there is another element. To be honest, I can’t explain what it is. You could call it empathy. It’s like trying to set up an invisible bond between myself and the person I’m talking to, whereby without actually saying it overtly – in my body language, eye contact and ways even I don’t know and can’t define – I’m actually trying to say, “Trust me.”

I may interview a hundred people during the year.
But, in fact, 101 people have been profiled in that time … because I’m the other one. I put myself out there in the way I ask questions, in the way I respond to answers, sometimes in my ignorance, sometimes in my stupidity. I’m also vulnerable, and I think that’s an important thing for the guests to understand; that it’s not just about them being alone in the Coliseum with the lions. We’re both there with the lions. I really try and give them that message in the way I deal with them.

I’m discovering a weird and disturbing side-effect from doing the show. When I get into conversations with people – even people I’ve known for a long time – they suddenly ask, “You’re not interviewing me are you?” It’s quite disconcerting.

I’ve often wondered what I would be if I hadn’t gone into entertainment. It’s a terrible admission, but I don’t think I have a single other skill that is applicable to anything else. Maybe I would have been a teacher, who knows. Honestly, I’ve thought about this several times and, with some shame, I couldn’t think what else I would do. Frankly, the word “Personality” on my obituary doesn’t really do it for me.

One of the joys of doing “Enough Rope” is that I don’t always deal with celebrities. Empathy is never out of style, no matter who you practice it on.

Andrew Denton has been entertaining television and radio audiences with his rapier wit and originality for over 20 years. His current television show, Enough Rope, can be seen on ABC television at 9.30pm on Monday nights.

I would have said once, ‘Yes.’ But I think speech is a rapidly declining art form. As for the written word, well it’s miraculous that a human can write something down and it can make you laugh 500 years later. Or make you shudder with foreboding, or feel as the writer must have felt.

However, I think the problem with language is that these days most people in their working lives have to move information around quickly and that has reconstructed language in a way that has stripped it of life and possibility.

Language now serves us in a way that buckets on a conveyor belt serve the movement of coal. They’re just there to scoop up the content and dump it in a big pile – or various piles. One might be called strategy, the other one might be called outcome. You just link the input with the outcome, via a core objective, and that’s called communication.

Everyone now works to the same outcomes-based model. Even kids now do their own mission statement when they’re in grade six. They write about the product in their History and English essays. They learn PowerPoint before they learn what a verb is.

I think we persuade by other means now. Wherever possible, corporations, consultants, politicians, departments, all the way down to your local council roadworks authority, all adhere to the principles of marketing; stay on message, constantly; use the same generic abstract phrases over and over again; never be concrete, just send signs; use images wherever possible rather than words, because people respond more quickly to images.

My argument about language – and the art of persuasion – is that, where possible, words should be concrete, not abstract. Sentences should be full of verbs. They should express, as much as anything else, the character of the person writing or speaking them.

The whole thing about writing a persuasive argument – whether it’s satire, polemic, sermon or speech – is for it to be direct; active rather than passive. And to have contained within the words the possibility of argument, inspiration and irony. Language is about possibility.

Don Watson has been a writer across a multitude of disciplines, including academia, journalism, film, satire and speechwriting. His most recent books are the bestsellers ‘Death Sentenc

e: The Decay of Public Language’ and ‘Watson’s Dictionary of Weasel Words’.

Are credibility and integrity vital ingredients in the art of persuasion?

Persuasion is often seen as completely morally neutral –an art or science that can be employed for any purpose. Strictly speaking, this is true. However, people often make
the mistake of being too Machiavellian.

It would be nice to think that people do the right thing as a matter of conscience rather than strategy, but regardless there is a logical and pragmatic case for being truthful and considerate while practising persuasion.

You never know who you will meet in their future career incarnation. And professional karma does apply. There are many well known examples where a professional slight has come back to bite a public figure where it hurts. The stain of dishonesty, duplicity or unreliability is very hard to remove and can diminish your credibility irretrievably.

The art of persuasion is difficult, particularly if you are dealing with strangers with whom you haven’t established credibility. That is why networks are so important. We all use networks in our daily lives to conduct due diligence, establishing trustworthiness and performance – in choosing a doctor, mechanic, accountant or even a partner.

In lobbying, these networks are of even greater importance. When I’m speaking to someone who knows me, the trust already exists, many things don’t need to be explained or clarified and they understand that I am looking after their interests and those of their organisation, as well as my client’s and my own.

When I am dealing with a person who doesn’t know me, on behalf of a client, they may be justifiably unsure as to whether they can trust me, whether we mean the same thing when we say the same thing and whether I am aware of the context in which they operate and understand what drives them. In those cases, I often use a mutually known third party to establish my track record and allay any anxieties.

I find that most people don’t use their business or personal network to greatest effect. Rather than cold-calling and having to work much harder, it pays to refl ect on whether you know someone who can help you establish trust.

You can open the door with a silver tongue, but you can only truly persuade if you have credibility and integrity.

Helene Teichmann is the Founder and Director of HTT Associates, a boutique government, corporate and community relations firm. Helene has professionally persuaded on behalf of corporations, institutions, NGOs, individuals and State, Federal and international
Governments for 20 years. 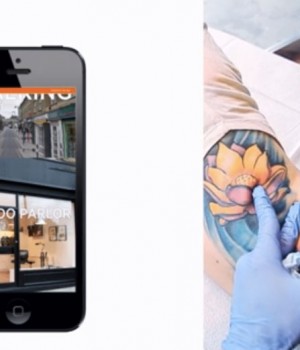