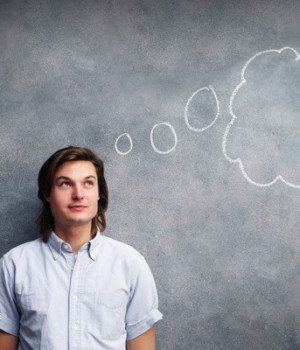 The Aussie tech community has come out in support of The Office of the Chief Scientist’s latest report on boosting high-impact entrepreneurship in Australia through the involvement of the Australian university sector saying it’s great to see the connection made between forward thinking universities and entrepreneurialism.

“Stanford and MIT have produced graduates who have gone on to create 39,900 and 25,800 companies based on technology, including pioneers in software, biotech and advanced manufacturing. Entrepreneurship is an integral part of their institutional identity,” the report points out.

“Universities receive students shaped by their experiences in schools. They can offer much more to students, and to the nation, if schooling fosters creativity, curiosity and enterprise.”

StartupAUS agrees with The Chief Scientist

StartupAUS, advocacy not-for-profit for Aussie techpreneurship, has welcomed the report, which has stated that regions with successful entrepreneurial cultures have a vibrant university sector that encourages and fosters entrepreneurship and innovation.

Earlier this year, StartupAUS released the latest version of its Crossroads report – a credible, action-oriented plan to help Australia capitalise on the enormous opportunities technology presents.

CEO of StartupAUS, Peter Bradd, said, “One of Crossroads’ key action points is to improve the quality and quantity of entrepreneurship education in Australia, which is why it’s great to see the connection being made between forward-looking universities and entrepreneurialism.”

“To have any chance of growing a robust startup ecosystem, Australia needs an entrepreneurial mindset as a society, as well as the practical skills to successfully launch and grow businesses with global potential. Australia is currently a long way behind other parts of the world, particularly the US, in this regard.

“At the present time, the Australian education system is geared toward preparing students for the workforce. It does not adequately equip young people to start businesses, particularly high-growth startups.

“Universities have a vital role to play in educating and cultivating future entrepreneurs. However, in most instances the quality of entrepreneurship education in Australian universities is extremely low. This is in part to the fact that most academics teaching entrepreneurship have no first-hand experience in a startup and therefore deliver courses that are heavy on theory and light on applied content.

“The Chief Scientist’s latest report recommendations, such as entrepreneurship programmes in mainstream subjects at universities, harnessing entrepreneurs as role models and hands-on learning through incubators, accelerators and overseas placements, must become actions in order to really make a difference.

“We look forward to working with all major parties, industry and the university sector to support the connection being made between forward-looking universities and entrepreneurialism.”

ACS welcomes the report too

The ACS – the professional association for Australia’s ICT sector – has also welcomed the report, which has found that producing and training entrepreneurs is not seen as a priority for most Australian universities.

ACS President, Brenda Aynsley OAM, said the report is timely and agrees the next step is for the government and the university sector to work together with industry and the ICT profession to help bring about a transformation.

“Going forward, we know that high-growth, technology-based businesses will be the driving force behind Australia’s economy. A report by PwC predicted technology based startups are worth over $US109 billion to the Australian economy and have the potential to create 540,000 jobs by 2033.

“We need look no further than the Government’s own data for recent, compelling evidence that entrepreneurialism is the driver of our future economy – a very small fraction (three per cent) of start-ups drive the majority (77 per cent) of their post-entry job creation in Australia.

“Several universities have introduced promising initiatives, for example UTS. The University is crossing the traditional boundaries of knowledge by harnessing new technologies such as their newly launched Data Arena, which allows researchers to discover new insights into big data.

“However, there are still many universities with programs that are too small, do not encourage or engage students in STEM disciplines, and do not reflect international best practice – this is ultimately compounded by limited engagement between universities, government and industry.

“The ACS supports the recommendation that there needs to be stronger engagement between universities and the technology startup ecosystem.

“We share the Chief Scientists concerns about the significant fall in enrolments in tertiary ICT degrees which has occurred over the last decade in Australia.

“This at a time when there is a shortfall in suitably qualified ICT professionals and the demand for these skills is expected to grow in Australia by 100,000 between now and 2020.

“We look forward to working collaboratively with the Australian university sector, the government and other industry bodies to make the connection between the higher education systems and their role in spurring innovation and entrepreneurialism.

“We would also like to acknowledge the work of Professor Ian Chubb AC and the significant contribution he has made to public policy debate in this country.

“Professor Chubb has been a loud, influential and effective voice on the critical importance of STEM skills if Australia is to remain a high wealth country in the digital age.

“At the same time, we also congratulate and welcome Dr Alan Finkel AO to the Chief Scientist role, and look forward to working with him to encourage greater innovation and entrepreneurship in this great nation,” Ms Aynsley said.

Steve Baxter welcomes the report too

Queensland investor and entrepreneur, Steve Baxter, also recognised the report as an insightful look into the entrepreneurial scene in Australia’s university sector.

Baxter, founder of Brisbane’s co-working community and startup hub, River City Labs, said he strongly agreed that it is vital that entrepreneurship forms part of the fabric of Australian universities.

“The report echoes my previous views on this topic; that what we really need from universities is for them to churn out a large number of graduates who possess sophisticated technical skills and who are entrepreneurially enthusiastic.

“It’s not good enough that we produce university students with remarkable tech minds. They need to be able to form and develop the right entrepreneurial skills and attitudes to put these tech abilities to good use and go out and build their own startup,” Mr Baxter said.

Baxter said he believed a crucial component of the report is that it shines a light on the relationship between government funding and university research.

“My view on the topic of government funding and the research sector is no secret – it is well past time that we rethink or rejuvenate the current approach.

“I think the report testifies to this point by explaining that the process by which the government allocates funding to Australian universities fails to take into account the economic impact of that research. This mindset is nonsensical.”

Baxter commented that while universities are the start of the funnel rather than being an end-game in their own right.

“As the report suggests, universities certainly have a role to play in the entrepreneurial space but they need to shake up their current models. This is a top-down approach, which begins with a shift in attitude at the board level.

“We need to see universities incorporating valid entrepreneurship courses as part of their offering to all students, particularly those studying STEM-related degrees.

“These should be delivered by external, experienced entrepreneurs – people who have actually gone out and done it, and know the ropes.

“We also need to make sure that the government does not lose sight of the entire deal flow pipeline – immersing students into the combined tech and entrepreneurial space from the earliest stages of education is vital.

“This is the most effective and pragmatic way to ensure a consistent, national approach to entrepreneurship and boosting the startup ecosystem.”

Dr O’Brien, Founder and Managing Director of Grannies Securities highlighted that entrepreneurship and innovation are increasingly the focus to drive economic growth in Australia.

“Building an entrepreneurial mind set amongst our brightest academics is a key element to complement their skill in delivering new to world IP.

“The universities are already engaging in this activity developing home grown incubators and mentoring programs in the first instance. Change needs to be driven quickly to not to lose opportunities – and the universities are aware of the need and acting.

“Comparative advantage at Australian universities, however exists in health and environmental sciences with over 70 per cent of all patents in these fields.

“The cultural shift amongst Australian universities toward greater start up opportunities needs to be complemented by policies that allow these start-ups to succeed.

“Government and our superannuation industry also have roles to play to insure Australia develops IP, delivers management to develop the technology in a global setting and can finance launching these companies beyond our shores.

“The technology market is global, and Australia needs to compete on the international stage with internationally relevant start-ups.”