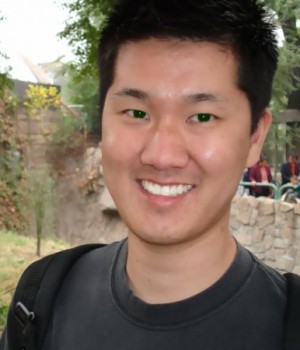 One day, while on his daily morning commute by train into the Sydney CBD, Kheang Ly checked on some US stock that he was holding at the time and noticed that it was down 20 per cent. He had shorted the stock, so his profit skyrocketed. Yipee!

However, Kheang had no idea why it had tanked so much so he checked the traditional media players (Bloomberg, CNBC, Yahoo Finance and the like) for some answers but alas, he found nothing!

He then hopped over to Twitter, typed the stock’s code into the search bar and a bunch of tweets immediately popped up explaining why it had gone down.

Kheang thought to himself, “Hey, if social media activity on stock was collated and presented on one platform, people could easily keep up with their favourite stocks and get all the breaking news immediately before the traditional media actually publishes it.”

Inspired, he started working on the idea right away. And that is how Scutify was born.

How did Kheang Ly build Scutify?

Being a developer by trade, Kheang built all the back-end and the website himself and bootstrapped the build for the apps so that the platform could reach the all important mobile audience too.

However, things didn’t go so well after launching. Traffic was non-existent, Kheang says.

He reached out to American investor, former anchor on Fox Business and former hedge fund manager, Cody Willard. The two hammered out a deal bringing Cody on board as a partner.

Cody, who is now the Chairman of Scutify, became the face of the start-up and brought roughly 15,000 users onto the platform overnight, giving the platform the kick-start it really needed.

Cody also later played a big role in helping the start-up secure the $1.5 million funding it received in 2014, through his extensive network of contacts.

“A lot of our investors are subscribers of his services which in turn are users of the Scutify platform, so they share in any success that we may have,” Kheang disclosed.

Pivoting from an aggregator to a social network

Although it started out as a financial news aggregation platform, pulling content from the likes of Facebook and Twitter, Scutify has since morphed and pivoted to become a full blown social network for investors and traders in its own right.

Users can find trending financial news or post their own analysis and observations in posts of up to 280 characters, called “scuttles”. See where the name comes from?

They can also engage with Scutify ‘All-Stars’, a select group of users including finance reporters, experienced investors, hedge fund managers and the like, who offer users guidance and advice.

Kheang says his start-up currently fills a gap in the market for investors and traders who seek a platform which is free of spam and hype, both of which are littered all over most online stock forums, discussion boards and networks.

“Our community monitors all post and our voting system allows users to act together to protect the integrity of the platform by blocking these spammers for the next 24 hours so their postings cannot be seen or heard,” he explained.

Say hello to the iTunes of finance

Kheang also revealed to Anthill that they are also working on what they are calling “the iTunes of finance”, where analysts can offer their content such as trade ideas, research report, stock tips to the Scutify audience base from prices as low as 99c.

“Users no longer are locked down to the old subscription models that plague financial content, but they are now free to pick and choose content from a variety of publishers at will,” he stated.

Kheang says the iTunes of finance model is looking like it will be very successful, and that as they continue grow their user base, it is likely to be their main revenue driver going forward.

Since launching, Scutify has grown to over 50,000 registered users, most of whom are from the US, and has had over 100,000 downloads of their apps – all on a shoe string marketing budget.

In 2015, the start-up intends to focus on marketing and getting the word out there about its platform and hopefully hit the one million download mark by the end of 2015.

And as earlier mentioned, Scutify raised just over 1.5 million in 2014, with the majority of investors being users of the platform as well as other retail investors – no big venture capital firm.

Scutify has since used the funding to improve the platform, rolling out new features. Kheang says they will also channel some of those funds into marketing the platform this year.

Why did Kheang Ly focus Scutify on the US, not Australia?

Even though he built the platform in Australia, Kheang says the US market was a no brainer to target since that is the biggest financial markets in the world and the audience there is massive.

“In Australia, we haven’t taken to social media as much as we think we do,” he remarked. “If you go to Twitter for example, you won’t find that much running commentary on stocks and finance.”

“But head over to the US and the information that you get it mind blowing. That’s why it was so easy for me to begin by targeting the US market.”

“In saying that though, we are focusing on growing our Australian user base this year as I personally want to see it achieve the same success here as it has over in the US,” he added.

For other start-ups out there that would like to achieve overseas success like his, Kheang’s only advice is to have a crack here in Australia first and get it right before launching overseas.

“If Australia had the market for it, I would have focused on growing my start-up here first before pursuing it in the US.”