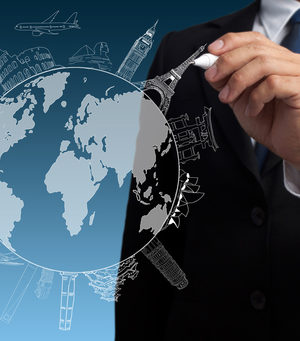 Online businesses in Australia have a strong appetite for international growth but are falling behind businesses in Asia Pacific and Europe, revealed new research published by payments infrastructure company Stripe.

The study also showed that these businesses are increasingly spending more on regulatory and compliance issues, likely impacting their expansion plans.

The report, conducted independently by global research firm VIGA across 15 markets and 10 industries, surveyed more than 9,000 founders and senior executives and found that online businesses today are “global natives” expanding into international markets faster than ever; often, within the first year of their existence.

Globalisation crucial to the success of Australian businesses

There is a demonstrable desire among Australian businesses to grow internationallyㄧ71 per cent of these “global natives” in Australia plan to further expand their international presence in the coming years, with 38 per cent planning to do so dramatically. Australian businesses themselves cited an influx of new ideas and products (58 per cent), better long-term prospects (46 per cent), and access to a wider talent pool (45 per cent) as key reasons for expansion.

Significantly, Australian businesses that expand internationally typically expand fast, with two-thirds of those businesses (67 per cent) entering new markets within the first year of their existence.

Regulatory hurdles are driving up costs for “global natives”

Dealing with compliance and regulatory complexity in different markets is driving up operating costs for businesses selling overseas. More than a quarter (28 per cent) of Australian online businesses selling internationally spend an estimated AUD$68K-$139K per year on compliance and complex regulatory issues, while a further 29 per cent spend $139K-$689K. Crucially, nearly half (47 per cent) say this amount has been increasing. These global businesses are also spending an increasing amount of time on these issuesㄧ46 per cent say that the time spent annually on regulatory and compliance issues has increased in recent years.

Technology a key lever for internationalisation

Technology has emerged as a key lever for globalisation. More than half (53 per cent) of Australian businesses selling internationally today noted that internet and technology services like Stripe and others have removed barriers to going global.

In fact, Australian businesses that find it easier to run an international business online today (25 per cent), cite the rise of internet-based technology and tools as the key reason for this (65 per cent), ahead of availability of funding (37 per cent), skilled talent (27 per cent), physical infrastructure (16 per cent) and government support (29 per cent).

“Global expansion has been a huge part of our overall business success — it’s given us more opportunities to expand our offering, increase our buying power with winemakers and better serve our tribe. Stripe has been a key platform in providing the rails that enable us to scale quickly into new international markets. The nature of our business means we need systems that are versatile, can talk to other platforms, and provide visibility over data and analytics — all crucial features of Stripe. Utilising the Stripe platform was beneficial to our quick entry into the Singapore market and the rapid growth we’ve seen there over the last two years,” says Justin Dry, Co-Founder, Vinomofo

“Outdated financial and regulatory barriers are still slowing down innovation and growth for online businesses, but it’s no longer an option to make plans to expand internationally in one, two, five years. Luckily, today’s technology has made it easy to expand, allowing business to go global from day one. Australian entrepreneurs have the ability to impact economic growth both locally and globally, and we hope to continue being an enabler of international commerce for these businesses here, and around the world,” says Mac Wang, Head of Australia and New Zealand, Stripe.