Siimon Reynolds grew The Photon Group from a two-person shop to an ASX-listed enterprise, employing over 6,000 staff, with a value of $500m at its peak, making it the 15th largest marketing group in the world. He speaks with Jack Delosa about how to achieve marketing success, the subject of his recent book, Why People Fail.

“What are the reasons people fail?” I ask Siimon Reynolds, the founder of the Photon Group who is credited with building the organisation from a two-person shop to ASX-listed enterprise, employing over 6,000 staff.

“Well there’s a stack of them,” he says laughingly. “And I’ve experienced most of them.”

His overall message is clear: “Pick one thing and become the greatest in the world at it.” Reynolds illustrates the importance, particularly in the early stages of business, of knowing your core business activity and sticking to it. “There’s so much competition, unless you specialise and unless you focus, why should anyone go to you?”

While building The Photon Group, Reynolds adopted an ambitious acquisition strategy, investing in or purchasing over 50 companies, most of which were still in the growth phase of their business.

The keys to marketing are all about getting into the clients head and remaining there — automating frequent contact with a target market. Reynolds calls this strategy recency and frequency: “It gets you on the short list and gets you top of mind and this makes them want to ring you or go and buy your product and service.”

While in advertising, Reynolds’ companies would contact prospective clients 16 times a year.

“We moved from people hearing from us once a year, to people hearing from us 16 times a year. And that’s everything from articles that were useful, phone calls, presentations or inviting them to lunch or sending them gifts or sending them books or giving them a birthday card.” A move which obviously paid dividends. Says Reynolds, “What happened was that numerous times we’d be put on short lists for big accounts, simply because we had recently contacted them when they wanted to look for a new ad agency.”

For small business owners Reynolds explains the importance of applying this strategy. “Have a calendar of contact points, so that you know that over the course of 12 months you’re going to be hitting your target market, this many times and in this many ways. And diarise it.”

Reynolds says that truly adopting a learning mindset around marketing and business will put you way in front of any industry.

30under30 winner Jack Delosa has also been named as Top 10 Entrepreneur under 30 by Dynamic Business Magazine. He is involved with The Branson School of Entrepreneurship in South Africa and heads up The Entourage, a brand which connects Australia’s best entrepreneurs with Australia’s next entrepreneurs. 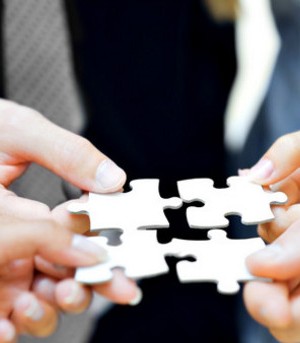