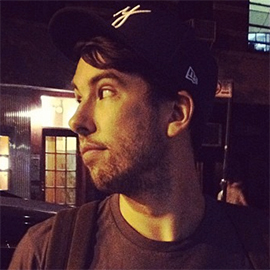 In recent years, Australian entrepreneurship has been about dreaming big and hopping over to Silicon Valley, or another mythical market. Obviously, not all tales of entrepreneurship fit this model and don’t need to.

The acquisition of Sessions, a personal training app built by Nick Crocker and Ben Hartney, by San Francisco’s MyFitnessPal is a big win for the small entrepreneur who dreams right, rather than big and makes it anyway. It demonstrates a can-do spirit that is important to any entrepreneurial ecosystem.

Here’s a perspective on what drove Crocker, who quit a New York job with Boxee three years ago to become a third-time entrepreneur (he was a co-founder of WeAreHunted but left the firm before it was acquired by Twitter, and prior to that Native Digital, a social media branding agency that was also acquired):

“I want to build and lead a meaningful business (meaningful in terms of its mission and scale) and I want my next 10 years to be about creating something that matters,” the University of Queensland graduate said in a blog post, quoting an email to a close friend and adviser.

“My instinct right now is to build expertise in health, wellness and behaviour change. And if I cast the vision bigger, I’d like to create a workforce of ‘lifestyle coaches’ — an entirely new industry that exists to help people to do what the healthcare system doesn’t empower them to.”

After the acquisition, Crocker expressed a similar, humble, sentiment.

“Making it big is what Atlassian has done. I don’t think we made it big,” Crocker told Anthill in an interview. “But I am very proud of being Australian, and I am very proud to join the small cohort of Australian founders who have built technology startups and taken them to a meaningful point. If we can impact millions of people with our product, we will have ‘made it big’ but there’s much hard work to be done before we get there.”

Of course, Sessions is relatively small. It paired a little over 50,000 members with personal trainers or coaches – compared with several millions for MyFitnessPal, an app that is also far broader in its scope. Picked up rather early by San Francisco’s Rock Health startup incubator, in June 2012, months after it was founded, Sessions barely raised $1 million in venture funding – from Rock Health, SV Angel, Collaborative Fund, Blackbird and Joshua Kushner.

A notable aspect of Sessions is that it was far less about technology, and far more about human behaviour – or specifically, changing human behaviour, arguably, a difficult task.

Crocker says he “spent two years, effectively operating as a behaviour change research lab” gaining a “profound understanding of what it takes to affect someone’s health in a positive way.” The app’s successful interaction at a human level may have been a key in its acquisition by the bigger MyFitnessPal, whose investors include the blue-chip venture firm of Kleiner Perkins Caufield and Byers.

“We were very steadfast in our belief that repeatable, sustainable human change required complex human intervention, and we worked really hard to learn what where the important parts of that equation,” says Crocker, who earned a degree in political science and law and briefly worked as a journalist.

It was partly an acqui-hire

Crocker says he hit it off with the founders of MyFitnessPal from the moment they were introduced by an adviser. “The connection with them was immediate,” he recalled.

“From the first call, we knew we’d found kindred spirits — MFP’s founders Mike (Lee) and Al (Lee) spoke about MFP members in the same language we did. We could see they cared and were listening to their users. Most of all, they had built something that tens of millions of people loved,” he said.

With the acquisition, MyFitnessPal has moved the entire Sessions team over to San Francisco but dumped its app in favour of building a new one for its “incredible user base,” as Crocker terms it.

Why Sessions’ acquisition is important

Finally, how does it feel to be an Australian out in Silicon Valley?

“I think the success of Atlassian and companies at that scale do wonderful things for the rest of us. It helps us to point and say, see Australian companies can succeed at the highest level. I am inspired by how many brilliant Australians I meet here, it excites me to think that we’ll collectively be able to bring the best of what we learn back to Australia one day,” Crocker says.

Days after Sessions was acquired, Crocker says he spoke to a fellow entrepreneur, and recognised the importance of the deal.

“I spoke to a fellow founder, he said that when he was at University in Australia, and he saw Ryan Junee’s company Omnisio get acquired by Google, it gave him hope that he could follow in those footsteps. Three years later, his company was acquired here in the valley. I’d love to think that our story gives others the same hope,” Crocker concluded. 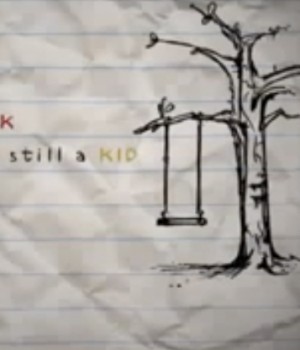