Young Australians are the least prepared for the digital revolution
Monday, January 24, 2022 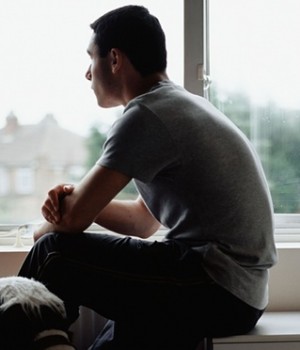 Young Australians are the least prepared for the digital revolution, according to a global report recently released at the World Economic Forum (WEF) in Davos, Switzerland. This possibly is the first time young people world over have been questioned on the STEM skills gap issue.

The research report, Amplifying Human Potential: Education and Skills for the Fourth Industrial Revolution, commissioned by leading global IT consultancy, Infosys and conducted by independent research agency Future Foundation, polled 1,000 young people per country, aged between 16 and 25, in Australia, Brazil, China, France, Germany, India, the UK and the US, plus 700 in South Africa, to tie with WEF’s theme “The Fourth Industrial Revolution”.

The approaching ‘fourth industrial revolution’ is predicted to change business models across all industries and will be driven by increasing automation in the labour market, enabled by innovation in artificial intelligence, robotics and smart technologies which young workers need to navigate.

A great divide between developed and developing economies is emerging globally, with Australia trailing behind both. Ranking last out of nine countries, young Australians are neither confident in their current job skills, nor do they feel very optimistic about their future job prospects.

What did the report find out about Australian youth?

Australia had the lowest sentiment score overall out of the nine countries surveyed for future job prospects. Only 12.66 per cent were “very optimistic”, with a 37.15 per cent “quite optimistic”. Not only did it trail the emerging markets, but also the four other established economies surveyed.

Furthermore, levels of confidence about job skills were also the lowest in the study, with just 50.65 per cent scoring between 7 and 10 (with 10 being “extremely confident”), with the four emerging economies polling highest.

Regarding confidence about job prospects and skills, Australia was the highest ranked country when asked whether globalisation was creating a more competitive job market.

74.66 per cent agreed that globalisation had made the job market more competitive for young people. However, the view was similar across all emerging and developed markets, with the exception of France, which was 10 per cent lower than the next nearest group.

Some 77 per cent said they had to learn new skills not taught at school or university in order to do their job – the highest number in the survey along with the UK, and broadly the same across four of the five developed economies surveyed, with emerging economies all slightly lower.

Just 3.81 per cent of Australian young workers want to work for a start-up, the lowest amount across the nine countries surveyed. While interest in working for start-ups and self-employment was low across the board, emerging economies were more willing to take this route than developed economies like Australia.

However, desire to work for an established business is similar across small (15.83 per cent), medium (18.23 per cent) and large (16.59 per cent) organisations. 10 per cent said they would strike out on their own if they could.

This is in stark contrast to Australia where the overall competence level is much lower (48 per cent male to 28 per cent female) and the gender gap much higher at 20 per cent.

What out about the world’s youth in general?

Overall, while youths across all surveyed countries understood the role that technology will play in their careers and the need to advance their own skills, there is a clear disparity in technical confidence and job opportunities among developed and emerging economies.

Recognition of the importance of technology

Respondents acknowledged the role of technology skills in securing good career opportunities, with clear majorities in both emerging (74 per cent in India and 71 per cent in China) and developed countries (60 per cent in France and 59 per cent in the UK) stating that computer sciences subjects were key education tools.

Concerns over technology skills and confidence

In emerging economies such as China and Brazil, 68 per cent of respondents are concerned that a lack of tech skills will make it increasingly hard for young people to advance their career prospects.

This, in part, could provide motivation for those young people to seek out the technical skills they need — currently some 78 per cent in Brazil and India are confident that they have the necessary skills for a successful future career. In contrast, the sentiment is lower in developed countries, including 53 per cent in France and 51 per cent in Australia.

In developed economies, the youngest workforce feels acute pressure to find a well paid job. According to the research, 76 per cent of young workers in France believe their job prospects are worse than those of their parents’ generation.

This is in stark contrast to the emerging economies surveyed, where a minority of youths, for example 49 per cent in India, believe their job opportunities are worse than those of the previous generations.

In the US, 45 per cent of those polled considered their academic education to be very or quite old-fashioned, and that it failed to support career goals, compared to 37 per cent in China.

In the UK and Australia, 77 per cent had to learn new skills themselves in order to do their jobs, as their school or university education had not prepared them for the workplace, compared to 66 per cent in India.

Learning is a lifelong journey

The workforce of tomorrow also understands that as technology increasingly takes away routine tasks, they will need to pursue lifelong learning to develop new skills and focus on “soft” skills that computers will not be as adept at handling.

Between 78 per cent (Brazil) and 65 per cent (China) of 16-25 year olds are willing to completely retrain if required. Around 80 per cent of young people across all markets concur that continuous development of skills is essential to be successful in work.

The need for development of right-brain skills (or ‘soft skills’)

Apparent across all regions is the role that communications, relationship-building and problem-solving abilities play in modern, technology-driven workplaces.

While academic achievement was prioritized by between 50 per cent (South Africa) and 36 per cent (Germany), communications and on-the-job learning and problem-solving polled far higher.

Overall, young people are aware that the Fourth Industrial Revolution will usher several disruptive forces in the job market: from the next-generation Internet of Things and Big Data, to work environments that will be drastically changed by automation, artificial intelligence and similar technologies.

Today’s youth understands that it must be agile, open to learning and capable of operating in a global environment to build a long-term career path.