Redbubble bursts with creativity and proves that art brings in the dough. -
Thursday, December 9, 2021 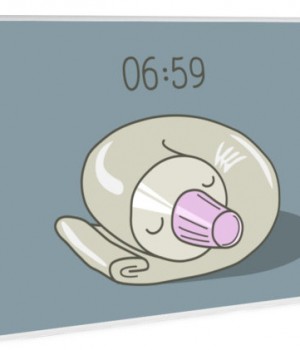 Successful entrepreneurs truly come from all walks of life, and you really don’t need to be a techie. Need a real-life example to inspire you? That’d be Redbubble, the Australian online success story that is really all about art.

Redbubble CEO Martin Hosking was an Arts graduate turned foreign service officer turned entrepreneur who now oversees an online marketplace for artists that has a turnover of AUD $59 million.

Founded in Melbourne, Redbubble was created to support independent artists, and has signed up more than 250,000 artists globally since 2006 and art lovers have more than 12 million works by artists to be inspired by.

Show me the money, you say?

The company is said to be on track to help the world’s creative community earn more than $20 million this financial year through its innovative ‘art+product’ platform. There is some dough to be had.

Putting a bit of Art in everyday life

Artists on Redbubble sell their artwork on consumer products ranging from apparel, art, stickers, home décor and tech accessories. Each item is printed to order.

Founded by Australian entrepreneurs Martin Hosking, Peter Styles and Paul Vanzella, Redbubble had a turnover of AUD$59 million in FY14, representing an annual growth of 77 per cent over the prior year. The online marketplace is fast revolutionising the way people shop by giving them a huge choice of art to express themselves.

“Redbubble emerged from a desire to stand up for artists and the work they create. We saw an opportunity to not only build on our passions and bring art to the everyday but also provide income to artists through an online marketplace that is all about choice and celebrating creativity,” said CEO Martin Hosking.

Quoting tattoos and craft beers as examples, Hosking thinks that people are looking at ways to express their creativity and to be themselves, and that Redbubble inspires people to find art that is meaningful to them on quality everyday products.

“We are making art a bigger part of our everyday lives. With the products on offer at Redbubble you can choose to incorporate amazing artwork into almost any aspect of your life,” he added.

Where art thou going next?

Ask Hosking what his most important business decision was and he’d say that it was recognising early the potential power of the internet.

“In 1995 I saw the Internet developing and immediately knew it was going to change the world. I was determined to be involved in whatever capacity I could. When you see a revolution coming, getting in early is very powerful,” he said.

Since then, Redbubble has endured the highs and lows of the tech industry and the broader economic turbulence of recent times. However, the strength of the core business vision and smart management of money saw the company through the lean years and it has seen a strong surge in the business over the past three years.

Redbubble is now based in both Melbourne and San Francisco with more than 100 staff. In the next year, the company is setting sights on Europe, and expanding its product range. Fans and artists in Melbourne can also look forward to a series of upcoming events.

As the world craves more creativity, we say Rebubble is one Australian company to watch out for.