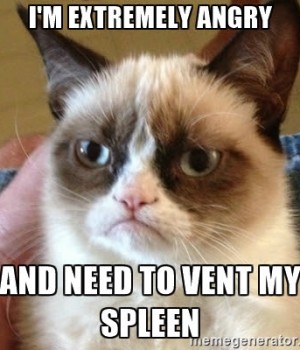 I’ve been biting my tongue for quite some time.

But, now that the election is well and truly over, it’s time for me to vent my spleen.

As you know, I’m a huge supporter of anything designed to foster a culture of innovation and entrepreneurship in Australia.

That was my own private mandate when I launched Anthill Magazine in 2003… to let Australians know that it’s perfectly okay to launch your own thing, that it’s okay to embark on your own entrepreneurial journey as a real and feasible career option.

Because, in 2003, the word ‘entrepreneur’ didn’t appear anywhere in my magazine… not once… and that’s because ‘entrepreneur’ was still a dirty word in Australia.

I was too afraid to use it.

My generation (like my parents’) was trained from an early age that our only option was to get a stable job and go ‘work for the man’. (Female business leaders were as rare as celebrated entrepreneurs back then too.)

So, when I heard what Turnbull was up to… I got excited!

It almost felt like my job was done. It had taken 13 years but it felt like the country had finally come around to our way of thinking! And it was exhilarating!

But, time has now passed, the euphoria-causing-chemicals in my brain have waned.

I’ve had time to let my own ‘ideas’ percolate.

And here’s what I know…

Australians have never had a problem coming up with ideas.

We have more Nobel Laureates per capita than any other country in the world.

And you can’t attend a summer barbecue in Australia without someone’s brother-in-law downloading his brilliant idea to anyone within a snag’s throw.

We’re outstandingly good at coming up with ‘ideas’.

But that’s about it.

Turning those ideas into business opportunities, developing them into ‘commercial’ innovations, taking these ‘ideas’ and truly monetising them, at a global level…

In sporting parlance, let’s just say we are punching far below our weight. Our ‘Gold Medal’ tally in the innovation Olympics sits four places below Iceland. Iceland!*

And, of course, right now, we’re witnessing a new breed of Aussie entrepreneur embrace the global stage, like the peeps behind Atlassion, 99designs, Aconex.

But there should be nothing holding us back.

Distance is no longer a tyranny.

To paraphrase a brilliant friend, with a very entrepreneurial mind, Jenny van Dyke…

“We don’t need an ideas boom. We need a boom in implementation.”

Can you see the distinction?

We can either keep coming up with ideas, and keep talking about ideas.

Or we can start getting shit done!

So, I’ve decided to give one small idea some life and momentum.

And, together, we’re assembling a report on the barriers to innovation.

And that begins with a survey. And that, of course, requires your input.

Click here to get started. (It’ll take only a few minutes. Max.)

“Another survey? And another flipping report! That’s all we need!”

But I’ve been across enough projects designed to support innovation and read enough reports to know what they lack. (I’ve read more government reports on innovation than any living human being in Australia. Seriously!)

Almost every single one lacked the real questions that matter.

The focus of this report, this survey, that we’re calling the…

Yup, it’s a bland name (not very Anthilllian) but we’re going in neutral, because this initiative is bigger than Anthill. It is bigger than LaunchPad. We want other brands to push it and support it. Even competitors. And competitors of competitors!

Forward this email to as many entrepreneurs as you can think of. We’re seeking the views of ‘real’ business owners. Not wannabes or wage-slaves or government bureaucrats. We want the views of people who are playing a bigger game.

Click one of the various links that has appeared somewhere on this email and complete the survey. It’s important that you do it quickly. Don’t think hard. Don’t cogitate. Go with your gut. You’re busy. And the faster that you move through the survey the most honest and ‘from the gut’ your answers are likely to be.

And, together, let’s embark on a future where there’s a little less conversation and a little more action, where entrepreneurs are not just valued but given direction and support, to help them innovate and then to actually implement.

Because without the second step, our ‘Ideas Boom’ won’t deliver a bang.

It will end with a whimper. Just sayin’.

P.S. Yes, I know I’m playing with semantics here. But language is a powerful thing. (You’ve read this far haven’t you?) And I’m sick of Australians with their bloody ‘ideas’. When someone tells me that they’d like to pitch their ‘idea’ to venture capitalists, I think, “When was the last time anyone invested in an ‘idea’?”

P.P.S. And if you are actually across the full intricacies of the ‘Ideas Boom’ initiative, you might feel compelled to tell me here that it already features various programs and policies that focus on the ‘commercialisation’ of ideas.

And, if you think that I’m playing partisan games, I’d then like to point out that the Labor initiatives were less again, in number and dollar spend, than the initiatives implemented by the previous Liberal Government before that!

In other words, each successive government, over the past 15 years, has spent less and less in this area, culminating in the ‘Ideas Boom’, which was given the greatest marketing spend of any initiative in the past 15 years but a fraction of previous budget for the actual policies, initiatives and and grants. We good?  🙂

* Iceland ranks 13 in the Global Innovation Index. Australia ranks 17.  And, just to fire you up that little bit more, New Zealand sits at 15.