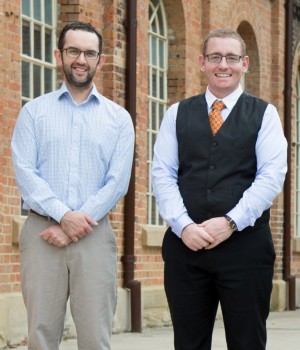 Traditionally, the idea of paying for a wedding online would be met with much scepticism. It’s not just a big expense but it’s also an emotional one. But Gen Y brides are happy to shop online leading to a real shift in the $4.5 billion wedding industry.

But for a generation that is comfortable meeting and dating online, this should come as no surprise

To put things into perspective; the online car classifieds sector is valued at $261 million and online recruitment is valued at $299 million (IBIS WORLD). It’s a big shift in the way people purchase, with big potential.

Just how big is this potential?

Leading online wedding marketplace, Weddingbuzz has conducted a survey that found that one in three brides would be happy to pay for their wedding online, essentially creating a $1.5 billion segment within the wedding industry.

Co-founder of Weddingbuzz, Phil Usher (pictured right above) says he is hardly surprised by this statistic.

“It’s a sign of changing consumer behaviour because the engaged couples that are planning their wedding are used to having all the information at their fingertips and making purchases online.”

Online retail spending increased by 9.6 per cent annually for 2014-2015 and people aged 18 to 34 accounted for approximately 35 per cent of all online purchases. Given that the average age for a bride is 29 and a groom is 32 this further pin points the consumer trends for this demographic.

They had their surfboards ready for this wave

Over 12 months ago Weddingbuzz predicted this trend.

“I had the vision of being the Expedia of the wedding industry where brides could plan, book and pay for their wedding online. But I wanted to get some initial traction and a minimal viable product before launching any aggressive growth plans.

“We were the first in Australia to have all our vendors list their prices and packages up front. As a result we have generated over $100,000 in sales for our partners in the first twelve months.

“In many cases we even replace the need for businesses to have a website created as it can all be included in a Weddingbuzz listing,” Phil said.

In June the ABS released a surprising statistic from its IT Use and Innovation in Australia survey. It found that 53 per cent of Australian businesses do not have an online presence.

“We are very much the middle man in the arrangement. On the one hand we have engaged couples who want to make purchases online, whilst on the other we have businesses owners who are not even online,” he explained.

Determined to marry weddings to the Internet

Weddingbuzz was built on an e-commerce platform and in the coming months the team will be really ramping up the number of vendors who accept payments online.

“At the moment it is just an option. Shifting an entire industry takes time and I wanted to get vendors comfortable with listing prices before taking payments and bookings online,” Phil says.

To ensure that they still have an offline touch point, Weddingbuzz are also looking to launch The Wedding Guru Team. This will be a team of wedding specialists who will act in a similar way to travel consultants.

They will spend a one hour session with the engaged couple to understand their theme, budget and what they want, then pull together a comprehensive quote that matches their needs. It will also act as a single point of contact for payments as they can pay all the vendors in one simple transaction.

Phil says The Wedding Guru Team is their own response to the changing trend in e-commerce consumer behaviour. “It will be our equivalent of opening a bricks and mortar shop as is the current trend with a number of online retailers. Whilst online is growing, there is still a demand for offline services.”

How did two blokes start a wedding marketplace?

Phil got the idea for Weddingbuzz when he was planning his own wedding in 2012.

He told Anthill that he had two real light bulb moments.

“The first was when I was organizing the car for our wedding. A 56 Chev (yep I was a bit of a bridal bro). I’d left it only eight weeks before the wedding and was quoted $800 for four hours.

“I had no idea of knowing whether this was expensive or not, unless of course I wanted to contact another six suppliers. So I booked it. As it stands I have the same care for the same duration on my site for only $400! I knew I had to make a change so others didn’t have to go through this process.

“The second was with our celebrant. She was an elderly lady who would perform weddings for a bit of extra money and mainly for the love of her job. When we met with her one day she was telling us how excited she was because she had just got $1,500 together for the local publication.

“The magazine said that it generally will generate over 10 sales for her business. After six months of the listing it turns out she didn’t have a single lead. Again I thought that I could make a difference.

Phil got frustrated with how tedious and complicated the process was. Knowing that his brother-in-law Chris Escott (pictured left above) had a bit of an entrepreneurial streak, he pitched the idea to him.

“He liked the idea and actually said he had thought of something similar after his own wedding a few years before. He then got to work on building the site.

“We get together probably monthly and joke that we talk to each other more than our wives. And of course we always sneak in a few minutes of board meetings at family events.”

Weddingbuzz has an exciting year ahead, having just joined Australia’s largest group for entrepreneurs, The Entourage, which is headed up by BRW Young Rich Lister Jack Delosa and revealed that raising seed capital within the next twelve months is on our radar to help fund the expansion. 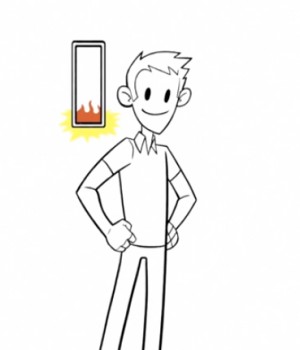