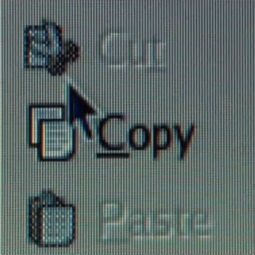 There are many myths about creativity.

In this video, from New York based film maker, Kirby Ferguson, accepted myths about creativity are proven to be just that, myths.

Ferguson states it is often believed that original, creative ideas:

Myth #1: Come from a moment of inspiration
Myth #2: They break the mould
Myth #3: They are the products of geniuses
Myth #4: They appear quickly

They come from copying. That’s right, copying. Copying is how we learn. Until we have learnt from the world around us, we cannot begin to do anything new. So, at first, we must copy, to learn and understand.

After copying comes transformation. This is where we tinker with an idea, make changes, create prototypes. It can be slow, but good, creative progress can be made when tinkering.

It is only when we combine concepts, that creativity kicks in, and real revolutions can begin. That tipping point of a creative break through, is usually the result of a long line of inventions, ideas and concepts of others.

Our creativity is a result of interdependence on ideas, inventions and craziness that came before.

So, there really is no such thing as an original idea. When we combine ideas into new concepts, that’s where we begin to invent.