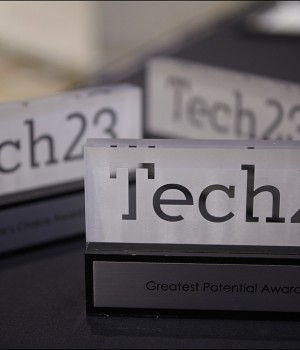 Applications are now open for Tech23 2015, an event that connects Australian start-ups with the connected people, clever ideas and capital they need to succeed.

In its seventh year running, Tech23 is a celebration of the home-grown talent that is transforming our world today – no idea is too BIG for Tech23!

Eligible young and innovative start-ups are encouraged to throw their hats in the ring and battle it out for the chance to collaborate with influential industry leaders and connect with the resources they need to reach new heights.

On Tuesday 17 November 2015 in Sydney, Tech23 will shine the spotlight on 23 companies who will present their ground-breaking ideas while tackling important issues such as sustainability, globalisation, and the ageing population.

Who are the people behind Tech23?

SlatteryIT is a small team headed up by Rachel Slattery that has been delivering seamless events for the IT & ICT industries for more than a decade.

“We are extremely proud to be the creator behind some of the strongest event brands in the space including the Agile Australia annual conference and Tech23,” Rachel told Anthill.

“We are passionate about the intersection of innovation, technology and business.”

What is the inspiration behind Tech23?

Rachel says that back in 2009 she decided to stop her whining (alongside the rest of the industry) about the current “review” of everything to do with commercialisation by the then new federal government (which meant everything was put on hold) and the dread of the impending GFC and celebrate what was happening!

Tech23 2015 has been a collaborating force between leading R&D organisations, enterprises and start-ups who are all dedicated to building Australia’s innovation capability for seven years now.

What has Tech23 achieved over the 7 years?

Tech23 has been a launching pad for many of Australia’s most successful startups, including social recommendation site Posse, whose founder Rebekah Campbell connected with her company’s first angel investor and chairperson at Tech23.

Tech23 prides itself on being a factor in the success of other alumni such as AgWorld, BuildingIQ, BigTinCan, WeareHunted, Effective Measure, IPScape, Scanalyse, Kaggle, GoCatch and many more exciting Australian companies that have showcased there.

As an ideal forum to forge connections that count, Tech23 2015 will bring together 400 tech enthusiasts on every level of the innovation ecosystem.

“With this year’s focus on R&D/industry collaboration, Tech23 will continue to do what it does best – opening doors for the best Aussie innovation on offer!” Rachel said.

Check out some photos from a previous edition of Tech23 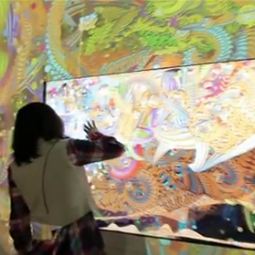