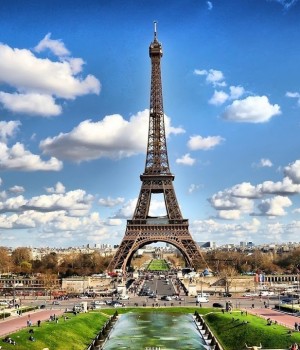 I’ve had a love affair with France and food most of my adult life, and during my recent trip to Paris I found myself yet again in a restaurant dining solo. It was during this meal that I couldn’t help but notice how meticulously things were run over there, and I saw leadership and respect for that leader when most other people would have lost their temper.

What I also love about Parisians is they’re unapologetic, they have an endurance and determination, and a knack for getting straight to the point – something the world witnessed throughout and following the terrorist attacks last year.

During my visit I was writing my business strategy, and it got me thinking – what it is that as business owners and brands we could learn from the French?

1. Complacency has no place

The French have not only mastered the art of fine dining and craftsmanship, they have set a benchmark to keep standards extraordinarily high – the Michelin guide. And just as the Michelin guide can allocate stars to an establishment, they can also take them away. For over one hundred years chefs have forged a painstaking path to reach a Michelin star, which then moves from dreaming of a star to absolute terror that they may lose one the next year. In a lot of businesses the owner has taken their talent and formed a business around it, like these chefs. However, they also have to be creatively minded, be a visionary, have exceptional leadership skills and huge amounts of endurance to lead and keep a team at such greatness.

If you look at the historic French leader Napoleon Bonaparte, while controversial in many of his decisions, he also had a rapport with the people. This was apparently because he was described as a leader who would take on tasks that were considered beneath him, even being on the battlefield wherever he was needed. He was ‘on the tools’ and he could pick up the slack wherever needed, and it’s this type of behaviour that teams’ mirror, often resulting in great culture and cohesion.

3. Adapt to the times

When you look at some of France’s medieval cities, you can’t help but marvel at how these places have lasted so long – not only from an architectural standpoint but a business stance. Yes, the tourists come to see the foundations of a beautiful French town but it’s how these towns have embraced change and adapted to the needs of the tourists that have ensured their longevity. And so in business we also need to keep changing with the times – this doesn’t mean forgetting our foundations but adapting and evolving to our customers’ needs. Taking the best of the old and new.

Touissaint L’Ouverture, who was a former slave inspired by the ideals of the French Revolution, defeated the European empires in modern-day Haiti. He vowed never to compromise on his goal: the complete abolition of slavery in the colony. Governing all his actions, this idea drove him to fight alongside the Spanish and French armies and not because he shared their cultural traditions or blood, he fought with the army that shared his principles. L’Ouverture succeeded in eradicating slavery by identifying his goal, having a genuine purpose and getting those around him to understand and buy into the vision.