Some day, the fiery entrepreneurial spirit that landed 17-year-old Brandon Cowan on the 30under30 list will lift him from the supermarket job he currently holds. Based on evidence at hand, that day will come sooner than later.

Cowan is studying toward his High School Certificate. One of the HSC courses he took was in software design and development.  It opened his eyes to the possibilities of software invention, especially in the exploding arena of smartphone apps. When his mum misplaced her car in a large parking lot, the ol’ lightbulb came on.

With a partner, he developed iParkedHere, a iPhone app that combines GPS tech, the phone’s camera and a simple timer to help people locate their vehicles and keep track of time left in a metered parking spot. The app, which sells for $1.99 in the Apple Store, has attracted thousands of downloads and became the tentpole for Cowan’s software development company, Crazy Dog Apps.

Cowan knew the best marketing tool he had was himself. He put out the word that some high school kid had created a software app that would prevent grownups from wandering aimlessly in parking lots. That earned Cowan earned face time on “The Today Show” and “The Midday Report” and write-ups in the Sydney Morning Herald and The Age (along with several other media outlets).

“That resulted in thousands of downloads and one priceless resume,” Cowan says, “and would have resulted in one less employee at a supermarket — but I got a promotion from service cashier to the pay office at my exit interview, so I decided to stay.”

Cowan says his determination derives partly from challenges he faced in school. He says he was dismissed from school at age 12 because of problems linked to attention-deficit disorder. He went to a second school for a time and was eventually allowed to return to his first. He said some of his friends at the second school dropped out and turned to drugs.

“Seeing people waste their lives made me more determined to make something of mine,” he says.

Crazy Dog is working on eight apps, Cowan says. He also has inked an agreement with a larger gaming company to develop an app under the latter’s license.

“I have always believed that my name will be well-known to the general public,” Cowan says. “I am doing what I think I do best — run an innovative, successful company.”

“Determination, strong will, a positive attitude and a stubbornness to never give up on anything.” 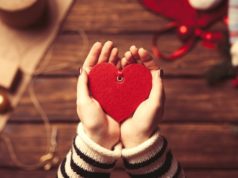 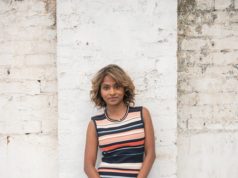 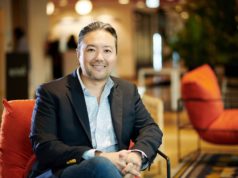