Better than the best a man thought he could ever get? This guy is out to throw Gillette off its grooming throne in Australia -
Monday, July 13, 2020 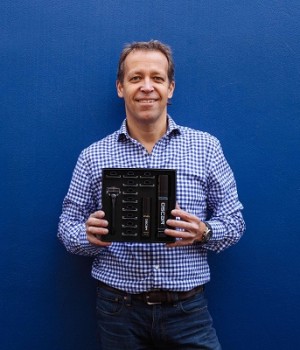 Australian start-up OSCAR RAZOR has launched an Australian and New Zealand subscription service for high quality home delivered shaving system from as little as $2.50 per blade.

With Gillette razors costing up to three times more, founder Oscar de Vries knew he wasn’t alone in being “sick of spending an arm and a leg on his face.”

Each year, Australians spend approximately $230 million on shaving products, but Gillette’s market dominance has meant competition is scarce and consumers have long paid the price.

de Vries’ decade of experience in the grooming industry meant he wasn’t about to compromise quality in order to keep costs low.

Some of the most successful businesses spring from frustration.

For Dutch-born de Vries, that bugbear was razor burn. On a trip to the UK, the former publisher of the Australian edition of F1 Racing magazine discovered Somersets Original Shaving Oil.

It was a lightning bolt find says de Vries, “No more sensitive skin or inflammation.

In 2004, de Vries started importing Somersets. Within a year, the niche British brand was listed in Woolworths, Coles and Priceline.

A fast uptake by major retailers in Australia led to export success. In early 2013, ETOS, a subsidiary of Ahold, the largest supermarket chain in The Netherlands, listed all four OSCAR Natural products – Moisturising Shaving Gel and Oil and Sensitive Shaving Gel and Oil.

Men want a quality shave but baulk at the cost. By chance, one of the directors of a leading German manufacturer of razor blades bought the OSCAR Natural products and approached de Vries about extending the lineup to include the company’s latest high-end razor.

Gillette and Schick are so dominant in the US$15 billion global men’s shaving market that there are only a handful of other razor manufacturers in Europe and Asia.

They receive many requests from companies wanting to go after the fast-growing Internet shave market and turn the majority down because they don’t have the right business model.

de Vries came up with a presentation to target the masstige luxury market with a focus on quality, but also offering less expense, the convenience of online ordering and direct-todoor delivery.

Following a visit to the factory in Germany (which has been producing razors for almost a century), he saw first-hand the painstaking attention to detail and technology.

“I was most impressed with their top-of-the-line five-blade razor. Not only does it feature the same Swedish steel used by the world’s biggest brand, Gothic Arch II technology ensures that the blades are ultra-thin and super strong. The two key qualities to a great shave”.

Cutting the middleman out – with a clean shave

“With our tried and tested premium five blade razor, OSCAR RAZOR passes on savings to customers by cutting out the middleman and avoiding unnecessary gimmicks,” de Vries said.

“From my initial concept in in late 2013, it took us more than 12 months to get to launch phase. I knew that the only way to make a success of it was to sell direct to consumers.

“Selling via our previous existing retail model – supermarkets – would have forced us to deal through middlemen, and that would have unnecessarily kept pricing too high for our customers.”

And before starting his own razor brand, de Vries had signed-up for Dollar Shave Club and was disappointed by the quality. “To me, the savings aren’t worth it if the razors don’t cut it.”

How is OSCAR RAZOR doing so far?

OSCAR RAZOR offers four shave plans (monthly, bi-monthly, quarterly and yearly), delivered to your door from as little as $14 per month, with a 14-day money back guarantee trial period.

Subscribers can also add OSCAR Natural shaving preparations to their plan so that they never need schlep to the supermarket shaving aisle again.

So far it has attracted close to 2,000 sign-ups and is determined to hit the 5,000 mark by the end of the year. “Now that we’re at the tail-end of the hipster beard trend, our ultimate goal is to reach 100,000 subscribers,” de Vries said. “Funding that planned growth is the next challenge we face.”

Gillette is a pretty huge competitor for a mere start-up to face, how do you plan to fell the giant, Anthill asked?

“It’s the old David and Goliath story,” de Vries said. “We have to be nimble and work smarter, but with their exorbitant pricing and our direct to consumer model, we have a big advantage.”

“We’re not the cheapest (we leave that to Dollar Shave Club). We think we have the best alternative to Gillette – better prices, excellent quality (German made) and greater convenience.

“We’re now working on the relevant ‘traction channels’ to get the message out there. “