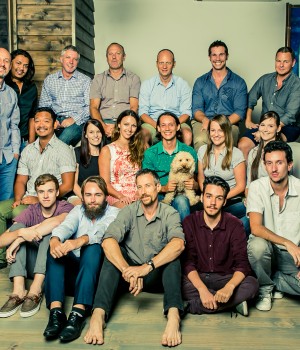 Atmail is the brainchild of Ben Duncan, who in 1999, built the first commercial web mail in the world — he was just 17-years-old.

In 2009, Ben converted a Land Rover Defender into a high-tech mobile office and spent one year traveling around Australia, while managing the business online and developing code on the go.

Since then, atmail’s growth has been organic and profitable year after year.

Atmail has created a great place to work, and has an ethos of community responsibility — powering free Wi-Fi to the town centre, supporting community initiatives, and donating solar power back to the grid.

Atmail is available for sale through its online store which also offers free trial for both on-premise and cloud service, and powers the mailboxes of more than 45 million end users around the world.

That’s five million more than Yahoo! Mail. It’s business customers include 7 of the 10 biggest ISPs in Australia. And ISPs are perhaps the world’s greatest judges of email platforms. Atmail is an Australian innovator taking on the world. And that’s cool.

Use the Tweet button at the top of this page. Your tweet will say:
Congratulations atmail, Anthill 2014 Cool Company finalist!