Something in the air
The irrepressible imagination of regular Anthill contributor and rentoid.com founder Steve Sammartino has borne yet more fruit. Following on from his “Rentoid Rapper” effort last year – breakdancing in the street, pocketing $63 in tips and posting the video on YouTube to promote Rentoid (“There’s an easier way to make money”) – Sammartino is at it again, forming an “Airband” for hire on Rentoid.

“I’m hoping to make a campaign of this with TV shoots on YouTube for the auditions, jam sessions (“Stop, stop, stop – Tommy, you missed the second riff of the third bar. Try it again.”) and a free city concert (Rentoid Rapper-style),” says Sammartino. “Then, actual paid gigs! Think Spinal Tap meets Twisted Sister! So Rentoid really will be the place to rent anything.”

Sammartino assures us that this is the real deal. So if your inner-air-guitarist only gets to break out in the shower or at 3am parties, here’s your chance to gain broader acclaim. And have a laugh.

Breaking management’s monopoly with board games
Have you ever worked in the company where the tactical and strategic decisions made by management simply don’t make sense? Or perhaps you’ve managed employees who don’t understand your vision nor care for your ‘roadmap’.

Australian company Manage By Design (MBD) thinks many business difficulties result from a disconnect between executive decision-makers and the employees who implement key initiatives. In an effort to engender empathy across all levels of organisations, MBD has been developing company-specific board games. Rather than pitting participants against each other, as in Monopoly or Scrabble, these board games are designed to provide background on an organisation’s history, provide context for decisions taken and invite feedback for future direction. It’s proven particularly effective at getting people in large organisations all on the same page prior to the launch of a new initiative. Prominent MBD clients include Deloitte, Westpac Trust, Ericsson, Hewlett Packard, Queensland Water Commission and William Buck.

Tyro
Last year, we covered Tyro, a new commercial EFTPOS solution with the goal of disrupting the commercial payments industry (“Elevator Pitch”, June/July 2007). Since launching its end-to-end internet payments solution in April last year, Tyro has signed up some big names, including Toyota, Coca-Cola, Mecca, Chanel, Readings and Nandos. In February 2008, Tyro rolled out an integrated EFTPOS and Medicare Easyclaim solution for Australia’s general practices – targeting approximately 15,000 practices with the offer of a cheaper and simpler electronic transaction service.

Voicemap
Cool Company 2007 finalist in the X-Factor category, Systabytes, continues to kick down doors with its web-enabled mobile training system, Voicemap. The world-first learning and risk-management system, consisting of a customised audio program in combination with a web-based assessment, has been introduced to NSW Parliament House. Now, parliamentary employees can be seen wandering the halls and offices wearing iPods, receiving up-to-date audio instruction relating to the environment they are moving through. At last, some order in the house.

50 CENTS
Innovation comes in many forms. The Washington Post recently published the winning submissions to its yearly neologism contest, in which readers are asked to supply alternate meanings for common words.

Coffee (n.), the person upon whom one coughs.
Flabbergasted (adj.), appalled over how much weight you have gained.
Abdicate (v.), to give up all hope of ever having a flat stomach.
Willy-nilly (adj.), impotent.
Pokemon (n), a Rastafarian proctologist.
The Washington Post’s Style Invitational also asked readers to take any word from the dictionary, alter it by adding, subtracting or changing one letter, and supply a new definition.

Foreploy (v): Any misrepresentation about yourself for the purpose of getting laid.
Cashtration (n.): The act of buying a house, which renders the subject financially impotent for an indefinite period.
Giraffiti (n): Vandalism spray-painted very, very high.
Sarchasm (n): The gulf between the author of sarcastic wit and the person who doesn’t get it.
Osteopornosis (n): A degenerate disease. (This one got extra credit.)
Hipatitis (n): Terminal coolness.
*************

SPONSORED EDITORIAL
BLATANT (BUT NOT SO GRATUITOUS) PLUGS

ACCOUNTING EDUCATION FROM RECKON
Anthill is proud to help Reckon announce the launch of its all new Quickbooks QBi Series. Much more than an upgrade to the previous editions of Quickbooks, this new series is aimed at simplifying the management and co-ordination of accounting for companies of all shapes and sizes. From start-up SMEs to multinational organisations, Quickbooks QBi, which has benefited from over US$1 billion in product range development, is now a faster, quicker and simpler product with dozens of functions to improve performance and productivity.

To find out know how the Quickbooks QBi series could help with the growth and prosperity of your company Reckon has been kind enough to organise a nation-wide educational tour of the software. For information on the software or tour locations and dates, visit www.reckon.com.au.

FREE ADWORDS FROM GOOGLE… $50!
Forget advertising in Anthill (no don’t!), the internet is fast becoming the first place customers head to when scouting out new products or services. And what site does everyone visit first? Google, of course. It has been estimated Google receives tens of millions of unique searches every day. That’s a lot of potential customers in any marketing director’s books. That’s why Google has stumped up $50 worth of free Adwords advertising for every Anthill reader! To take advantages of this opportunity simply go to www.google.com.au/sme-findme. 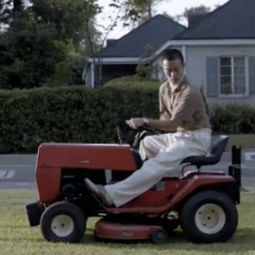 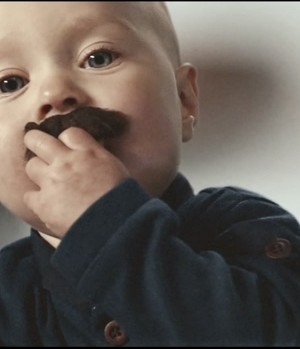 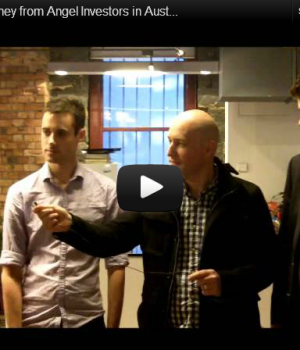