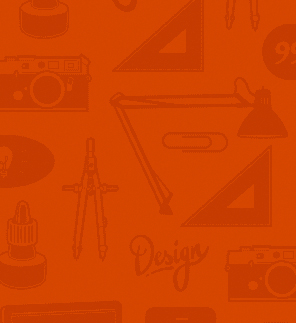 99designs, one of the best examples of the recent breed of Australian startups that are birthed with a global vision, has already created the world’s largest marketplace for graphic design. It’s now pushing those frontiers.

After conquering Europe last year with its first acquisition (12designer), it took several baby steps to win over Latin America. It launched its trademark sites in smaller South American countries like Chile, Columbia and Argentina, besides Mexico. But this week, it cut a big deal in the market that matters most – Brazil, one of the world’s fastest-growing economies with a population of about 200 million, nearly ten times bigger than Australia.

The five-year-old Melbourne firm said it had acquired LogoChef, one of Brazil’s leading design marketplaces for an undisclosed sum. LogoChef’s sites will transition to a Portuguese version of 99design (99designs.com.br), and offer Portuguese-language support and local currency capability. The company also named LogoChef cofounder Dan Strougo as its country manager for Brazil, operating from its Rio de Janeiro office.

“We’re on a mission to bring great design to the world, and localizing in Brazil was our natural next step,” said 99designs President and CEO Patrick Llewellyn. “With small businesses and startups driving 99 percent of Brazil’s economy, we have an extraordinary opportunity to connect a new group of our core customers with designers there and around the world.”

Llewellyn briefly alluded to the success of 99designs’ European acquisition – it launched separate sites for Germany, France, Italy, Spain and Holland to make deep inroads into the European market.

“We’re very pleased with the strong momentum we’ve seen in Europe since acquiring 12Designer last year and localising in five local languages. We have high expectations that with Dan at the helm in Brazil we’ll also see rapid adoption of our services there,” said Llewellyn, who operates out of the firm’s San Francisco office.

Strangely perhaps, 99designs today straddles most of the western world but not much of Asia, where its presence is restricted to Singapore. Well, that might suggest where its sights will likely be in the future, countries like China and India perhaps, besides Russia, the fourth of the countries that go under the acronym BRIC.

Over a five-year period, 99designs has paid out over $60 million to its global community of more than 240,000 graphic designers in about 190 countries. Earlier this month it launched Swiftly, a new flat-fee service for small design tasks.