Many an outstanding business has multiple team members behind the wheel. This year’s competition saw a few such cases of young entrepreneurs on the same team. Rather than single out one talent, we felt a double profile — i.e. Dual Drivers — would be more appropriate for highlighting the impact of their singular Australian innovations. 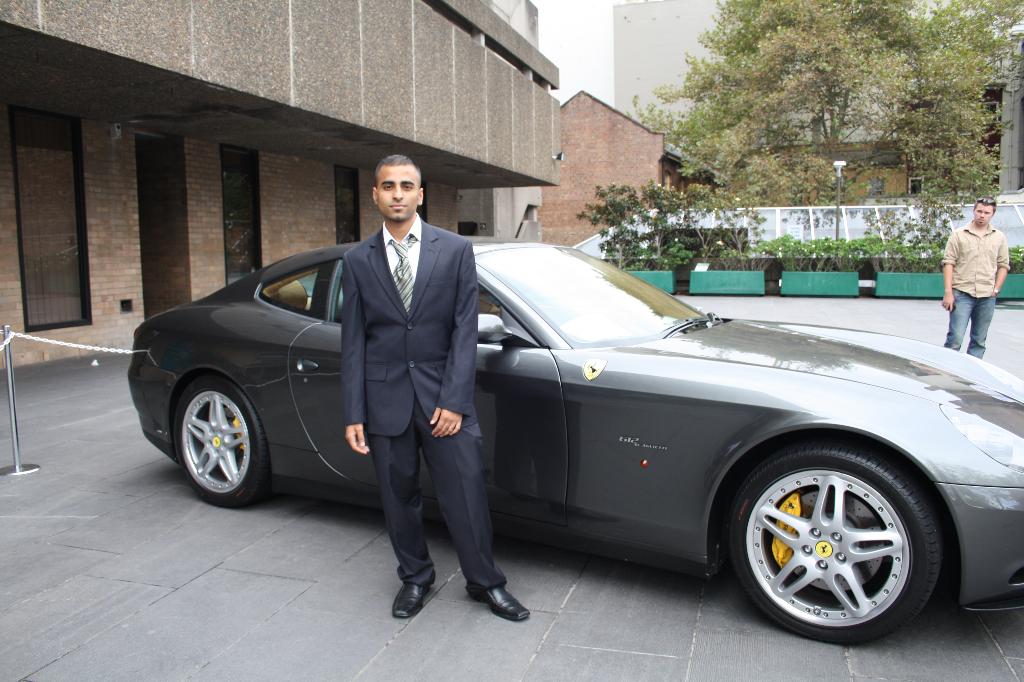 UTS students Tia Saunders and Ahmed Haider found their entrepreneurial breakthrough when they discovered the hidden cost of education: textbooks, besides being heavy to lug around, were steeply priced.

As it turns out, some 30% of Australian students can’t afford their books, which can cost upwards of $100 per text.

In 2010, Haider and Saunders launched Zookal, an online textbook rental service billing itself as “by uni students and for uni students.” The site received 18,000 hits within its first two weeks and Zookal rented out all books in stock in its first semester of operations.

“We wanted to make a difference for students and disrupt an outdated industry,” says Haider. Students and investors reacted favourably: now available to students at seven Aussie universities, Zookal even secured a $200,000 investment before any revenues came in.

Zookal has a bit of everything to appeal to students: the promise of savings, a trend that’s both timely (collaborative consumption) and sustainable (the company will plant a tree for every book rented), and, of course, a good old dollop of irreverent humour — see this blog post that tries to explain, without really explaining, the choice of the company’s primate mascot. (Wait, can you repeat the question?)

Although the Zookal team might make its management look effortless, there were some serious bumps in the road early on. Two weeks before their launch, the group’s first investor and two full-time employees bailed.

Rather than panic, they stepped up and assumed more managerial roles. They closed a deal to make up for the amount of the lost investment. And just in time, they recruited a new team member with just the right skill set. In retrospect, Saunders remarks, “I could not be happier that the deal fell through.”

While their success stems from Zookal, both of them take the greatest pride in the founding of ACES, the Australian Collaborative Entrepreneurs Society at UTS, to fill a void that didn’t exist. And they pulled out all the stops to market it: Haider traversed the campus in a panda costume, and Maserati Ferrari Australia even provided them with automobiles for promo events — although, Saunders notes with chagrin, they weren’t allowed to drive them. (Students can dream.)

The art of collaboration has been one that Saunders has been able to utilise in her favour. “Nothing is too big. I will always look to be a change agent,” she says. “Trade is the hallmark of creation and there is so much value in solving problems with creative solutions that deliver.”

“I might work for myself, but I am entrepreneurial,” declares Saunders; “I don’t stop when the kitchen gets hot.”

Haider, meanwhile, is the king of negotiations. He recalls the frustration of finding publishers to work with them. When a sales representative for a major publisher told him, point-blank, that they would never work with a student-run business, he called up the firm’s national sales manager and managed to get his interest for two hours. “He said he had been in publishing for 20 years and was surprised how much I had learned in just a few months,” says Haider, who convinced him to make a deal with Zookal.

“I think Steve Jobs said it best when he stated, ‘We’re here to put a dent in the universe,'” notes Haider. “I try to live by that mantra.”

Anthill asks: Tia and Ahmed, what are your superpowers?

Tia: “Inspiring people towards a cause and managing the execution. Besides that, I am a generalist — I will literally pick up anything and learn how it is done, figure out a system for it and then move on to bigger things.”

Ahmed: “I’m a master negotiator. I think that I could give Donald Trump a run for his money. I love the exhilarating feeling of cutting a strategic partnership deal or raising a large sum of investment.”

Use the Tweet button at the top of this page. Your tweet will
say: Congratulations [Names], Anthill’s 2011 30under30 Dual Drivers!