The Sharing Hub, Australia’s first sharing economy accelerator, has today launched a new awards program to recognise and celebrate Australia’s top sharing economy startups, leaders, innovators and disruptors. The Sharing Economy Awards, will bring together top executives and consumers, to honour the industry’s leading players and the people that use them.

The Australian sharing economy is becoming a vital part of Australia’s economy, with recent research revealing that businesses have seen revenue growth of 68 per cent from an estimated $1.6 billion in 2014-15, to $2.6 billion in 2015-16, in NSW alone. The number of people earning income through sharing economy platforms also doubled in NSW from 45,000 to 92,400 people.

The Sharing Economy Awards aims to recognise the leading figures at the forefront of the sector with businesses being able to enter an award for their state based on either the company’s growth, performance, community contribution, technology and innovation or to put forward an outstanding founder.

What’s for grabs at the Sharing Economy Awards?

The awards will also include a consumer award for each state whereby users can share stories of how they have successfully used the sharing economy to make or save money. One winner in each state will receive $1,000 to help boost their income and the overall winner for Australia will receive $5,000 prize money.

“While the awards are designed to recognise talent within the sharing economy and successful users, all award winners will share the same desire to use technology to find more efficient and convenient ways of doing things. The Sharing Hub is excited to launch the awards to recognise and drive this emerging sector in Australia, and we look forward to announcing the winners in early 2018”, comments Dave Eddy, Awards Manager at The Sharing Hub.

Rachel Botsman, author of ‘What’s Mine is Yours’, a ground breaking book about how collaborative consumption is changing the way we live, will also be judging the awards. Known for her TED talks, Rachel has been named as the world’s top 20 keynote speakers at conferences.

The Sharing Economy Awards 2018 are now accepting nominations from each state. To enter, businesses and consumers can nominate by visiting: www.thesharinghub.com.au/awards

The award entries close Friday, 22nd December and winners will be announced in early 2018. 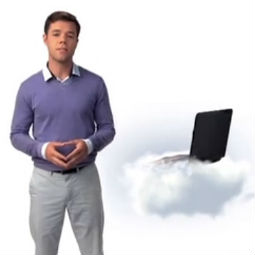