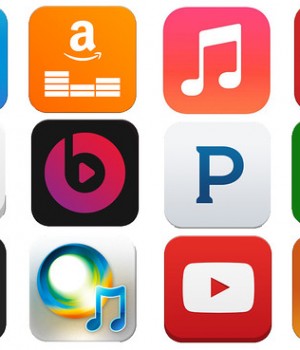 Music streaming has taken off in Australia, with more and more people using services like Spotify, Pandora and Rdio. Many of these services are ad-supported, or use a ‘freemium’ pricing strategy.

Freemium services offer a limited range of services free of charge, while charging a fee for full functionality, extra features or virtual goods.

The convenience of having an extensive music library, accessible either through a computer or smartphone, has increased the popularity of streaming services among consumers.

These trends have had divergent effects for the smartphone app developers industry and the reproduction of recorded media industry.

How streaming killed the CD

The attraction of streaming services has deterred many consumers from purchasing physical media. Instead of purchasing CDs, consumers are able to listen to a variety of music through paid services like Spotify and Pandora.

These services allow consumers to access media at any time, and have reduced the need for reproduction services from the reproduction of recorded media industry.

Physical format music sales have declined sharply, with industry revenue projected to decline by an annualised 4.9 per cent over the five years through 2015-16, to $437.8 million.

Many other factors have contributed to the reduced demand for CD manufacturing, including faster bandwidth speeds and technological development, changing consumer preferences and growth in the use of portable music players and cloud computing.

Rise of the planet of the app

However, streaming services are expected to have mitigated this trend somewhat by offering consumers a cheap and convenient alternative to piracy.

The popularity of free services seems to have benefited streaming apps with ads, such as Spotify. Over the past five years, consumers have been less inclined to purchase content, and revenue for many entertainment apps has been mainly generated from ads.

Popular entertainment apps include photo, video and music apps. The rising uptake of smartphones and other portable devices has supported strong growth in app development.

These apps increase the accessibility of the service and open up new markets, offering a growth opportunity for local app developers to produce similar apps.

This and other trends are expected to contribute to forecast revenue growth for the smartphone app developers industry of a compound annual 25.3 per cent over the five years through 2015-16, to reach $1.2 billion.

The rising popularity of music streaming is not expected to slow over the next five years, as ongoing developments in smartphone technology and broadband internet speeds boost consumer uptake of these services.

Apple Music, a new streaming service launched in June 2015, is expected to become a significant player in music streaming. The app will be included in all Apple smartphones using the latest operating system, which means its reach will be significant.

As a result of these trends, the smartphone app developers industry is expected to continue to grow strongly, while reproduction of recorded media is forecast to continue declining. 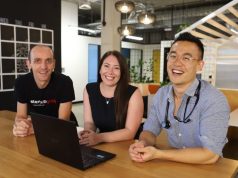