Australian fund managers believe the worst of the global financial crisis is over and are strongly backing prospects for Australian equities over the coming year, according to Russell Investments’ latest Investment Manager Outlook (IMO).

The outlook for almost all sectors has strengthened, with the sentiment towards Australian equities at its highest level since the manager survey began in 2005.

This quarter’s survey showed that the outlook for all asset classes has continued to improve since the June 2009 turnaround, except for a minor reduction in the sentiment towards international shares.

The increased confidence in the Australian economy was also reflected in attitudes towards future inflation, with 55 per cent of managers expecting the CPI to return to the RBA’s target range of 2-3 per cent by the end of 2010.

US fund managers on the other hand were much more subdued in their expectations with 57 per cent expecting to see inflation below 2 per cent by the end of 2010.

Scott Bennett, Associate Portfolio Manager at Russell Investments said Australian fund managers have breathed a sigh of relief this quarter and clearly believe markets and the economy have finally turned the corner.

“Risk aversion has all but disappeared, with the majority of managers supporting the belief that Australia is more resilient than its larger counterparts. This view stems mainly from confidence in Australia’s banking system and Australia’s considerable reliance on growth from China,” Mr Bennett said. 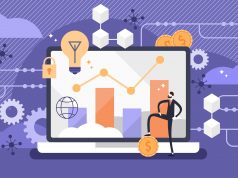