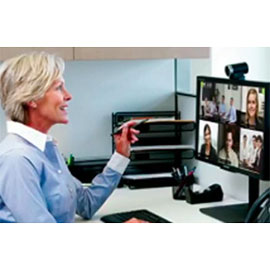 Customer service is not what it used to be, but that’s not to say it’s lost any of its importance. In fact, it matters even more as angry customers go “channel bouncing” – from Facebook rants to angry tweets what not.

But how much do businesses really know about customers. Avaya, the maker of gear that enable a wide variety of communications including video chats and the like, has conducted systematic surveys for the past five years to understand customer behaviour and customer preferences.

Avaya’s sixth annual survey this year reveals how customers are responding rapidly to technology changes, among other things. So, for example, web chat and automated phone calling are out, while social media rants, smartphone apps and video chats are winning choices. And, by the way, Aussies would do just about anything to get better customer service – even pay more!

No taking away the human element

“This report is striking for many reasons. First, it tells us that Australians deeply care about customer service – so much so, that they are willing to pay more for it,” said Tim Gentry, Avaya’s Managing Director for Australia/New Zealand.

“The findings also tell us a lot about how the customer service equation is changing and how it’s not changing. For example, the age-old importance of the human element can be seen in the continued high value placed on face-to-face interaction,” he added citing enhanced satisfaction with video chat, even though only 2% of the respondents had used the feature.

Here are some other major findings of the 2013 Avaya APAC Customer Experience Index:

Phone is king. The majority (64%) of Australians prefer calls with live agents over all other options. Among Baby Boomers it is a higher 74%.

Web self-service grows. It is already the third most-used channel with 41% backing. More than a third (35%) expect to increase their usage.

Apps make us happy. Usage of smartphone apps among respondents grew 50%, the same as social media, to 12% overall.

Rants are for social media. Australians are 66% more likely to post a complaint on social media than any other query type, with Facebook the obvious choice.

Video chat is the real thing. 92% of Australian consumers who used video chat were happy with the experience and were likely to use it again.

Pay more, give more. More than half (56%) of Australians would pay more money if they were offered better customer service with 41% saying they would be happy to pay 10% more.