Olde-tyme writers dropped sleepers into their work, lines only later generations would have the nous to decode. Matthew da Silva intrepidly delves into bookish bombs that fizzled.

Instructed ships will sail to quick commerce,
By which remotest regions are allied;
Which makes one city of the universe,
Where some may gain and all may be supplied.

Then we upon our globe’s last voyage go
And view the ocean leaning on the sky:
From thence our reeling neighbours we shall know
And on the lunar world securely pry.

In 1667, when John Dryden published Annus Mirabilis, London’s historical sense was heightened by tragedy. A fire had gutted the city, which was being rebuilt as people came to terms with bereavement and loss.

It was also a time of discovery beyond the dreams of the generations that had bound the world together in a web of trade. Despite on-off war between Holland and England, scientists like Dutchman Alexandre Huygens, who discovered Saturn’s rings, were frequent visitors.

At the Royal Society he would have met Dryden, who was also a member. Meetings such as this are behind his stanzas.

Famed lexicographer and belletrist Samuel Johnson, writing 100 years later, said the stanzas had “no meaning”. A nineteenth century commentator, writing 100 years after that, said “it is difficult to perceive the resemblance to sense in this stanza.”

By this time, Jules Verne’s From the Earth to the Moon had been out for only a generation.

It’s unlikely that Dryden’s work would provoke comment in the pages of our Saturday papers but we avidly consume cultural products that look to the future.

Readers might recall the menacing sight of the Nostromo in the opening sequences of the 1979 Ridley Scott film, Alien; the intergalactic tug-towing ore transports are controlled from corporate headquarters on earth.

So the film embellishes on Dryden’s blueprint for interplanetary commerce.

Tales of the Hall, a book of stories in iambic pentameters by George Crabbe, was published in 1819, 40 years before Charles Darwin’s On the Origin of Species appeared. Yet it contains a germ of the idea that man evolved from another species.

It is a lovely place, and at the side
Rises a mountain-rock in rugged pride;
And in that rock are shapes of shells, and forms
Of creatures in old worlds, of nameless worms,
Whose generations lived and died ere man,
A worm of other class, to crawl began.

Crabbe was a favourite of Jane Austen, but she died in 1817 and so never read ‘Delay has Danger’.

“There is nothing intrinsically heretical in Crabbe’s lines in reference to species becoming extinct,” says Prof Iain McCalman of the University of Sydney. “That was perfectly compatible with a Diluvian theory that many species were lost in past eras through Divine events like the Flood.”

“Still, the lines where he implies that man began as an animal-like creature who had originated by crawling has more of a whiff of heresy.”

McCalman wrote the book behind the BBC series Darwin’s Brave New World, which finished screening on the ABC on 22 November.

Darwin’s grandfather, Erasmus Darwin, also had some odd ideas, and expressed them in an original way. His coat of arms had three scallop shells on it and he had painted ‘E concis omnia’ — ‘Everything comes from shells’ — on his carriage.

Erasmus Darwin was not taken seriously by the intelligentsia. In addition to being a Dissenter, he was thought to follow Jean-Baptiste Lamarck, a dangerous association to have in a time of war.

The curious thing about Crabbe, however, is that he was an ordinary country parson.

“All in all one could say that Crabbe’s rather outré implications might have been lost in the larger poem, but they are certainly interesting coming from an Anglican clergyman,” says McCalman. “It is the kind of thing that might have been overlooked by the likes of Jane Austen as a piece of poetic licence.” 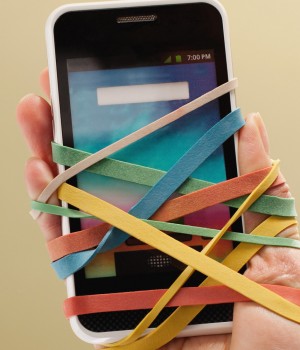