Angel investment adds a little zest to Zippy -
Wednesday, May 27, 2020 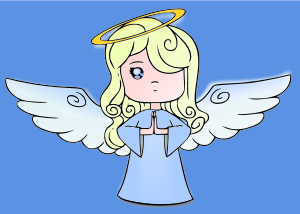 BDS, a Brisbane-based mobile deal and loyalty provider, is celebrating a $500,000 in angel investment, led by Brisbane Angels.

The company will use the funds to accelerate the development of their Bluetooth Low Energy (BLE) beacon technology for their Zippy loyalty App.

BDS also plans to invest in retailer engagement across their home city of Brisbane, Australia.

Help from above: Angel investors at home and abroad

Brisbane Angels lead the investment round, supported by a number of unnamed local Angel investors. This round follows the seed round that was funded internally, with support from UK based potential.co.uk.

Brisbane Angel and industry veteran John Mactaggart, who led the investment round, stated, “Unfortunately the Australian Angel capital market is not as developed as international markets like the UK, the US, and Israel. This is mostly due to the lack of government support via tax, capital gains and share option scheme allowances. This investment will enable a home-grown start up to launch an innovative product in a market where smart phone penetration is well-established.”

The company’s Gerard Doyle added that the Zippy App is the logical evolution from daily deals.

“By taking the allure of daily deals and combining this with a loyalty solution we’ve managed to address the key issues that have plagued the daily deals industry.”

We’re really excited to be bringing the latest BLE technology to SME retailers via a simple ‘out of the box’ solution. More importantly we’re providing a solution that uses the technology to both attract and retain customers.”

The fruit of a merger

BDS.com.au was founded in December 2013 following the merger of Qwibble.com.au and Zippy.com.au. The three founders bring a combined 38 years of UK based technology experience with them back to Brisbane.

Doyle was previously the CEO of DiscountVouchers.co.uk, Peter Wakim the Commercial Director at Quidco.com and Adam Samuel the founder of NuBricks.com.

Australia is actually a great market to launch a disruptive product like the Zippy App. Unlike London, San Francisco or New York we don’t need to cut through as much noise from indirect competitors,” he said. “By integrating BLE beacons the Zippy app is able to reach out and trigger coupons and deal as the App users walk past a retailer.”

The Zippy App is currently up and running with QR codes for tracking, which Gerard says is crucial for old device compatibility but that beacons are the future. Zippy is ideally placed to utilize the push messaging of beacons because user download the Zippy app to save money and find deals.