Here’s a clip that definitively answers the age-old question “Are entrepreneurs born or made?”

Nine-year-old Caine Monroy spent his summer vacation building his own arcade in his dad’s second-hand auto-parts store in the middle of a junkyard. With no budget, in perhaps the world’s least-likely location for a fun park, and with nothing but cardboard boxes and oodles of perseverance, Caine’s dream cardboard arcade became a reality – but sadly, no one came to play.

Fortunately, a short-film maker discovered the wonders of Caine’s Arcade and spread the story using the powers of social media.

The idea that a nine-year old had constructed his own cardboard fun park captured the imagination of the L.A. populous, and the utter tragedy that Caine had no customers spurred people to act. Soon, hundreds of fun-loving folk were flocking to Caine’s Arcade, partly to play the arcade games, but mostly to make a little boy’s dream come true.

Whilst this heart-warming tale seems like just a bit of fun, there are serious lessons for any business person. Number one; never underestimate the magical formula of (Great Idea) + (Social Media).

People could choose to visit any arcade, most of them far more elaborate than Caine’s, but it’s the beautiful story behind Caine’s Arcade which had the customers flocking. Number two is that great ideas have real financial value. Caine’s Arcade now sells its own line of t-shirts, and over $165,000 has been raised for Caine’s college fund (let’s face it, this kid is destined to be the next Ben Franklin).

Perhaps the most import lesson from Caine’s Arcade is to never give up on your dreams. Caine’s friends teased him at school, and Caine spent many lonely weeks being rejected by passers-by before he ever got his first patron. As Caine’s dad says, “he never got any customers, but he kept building like he was going to get one”. These days, even Justin Timberlake is a Caine’s Arcade fan.

Watch this film and you’ll never look at an empty cardboard box the same way. If you’ve already seen it, watch it again. And again. 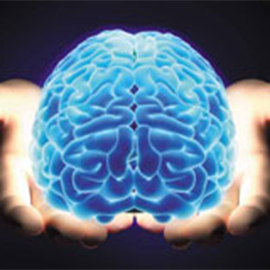